A group of Austin residents gathered outside the Governor's Mansion to celebrate 4/20, and protest for legalization of marijuana.

AUSTIN, Texas - Some Texans spent this 4/20 blazing up outside the Governor’s Mansion.

"Stoners all come around for 4/20," said James Murphy.

Others didn’t partake, but added their voices to the call for marijuana to be legalized in Texas. Altogether, about three dozen people gathered to say it’s time to regulate and tax marijuana, rather than criminalize it. 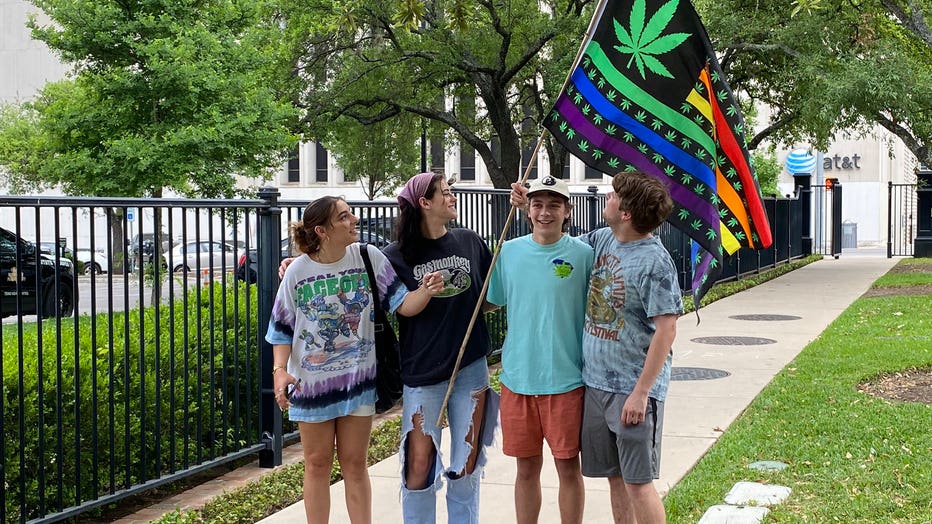 "Why aren’t we just getting the benefits of it?" said Murphy.

"There’s a lot of people of color that have been sent to prison," said Ollie Barker. "It’s really unfair. How are they supposed to go back into society?"

Those words were echoed by the Texas Democratic Party Wednesday, which officially called for pot to be legalized in Texas, as did its candidate for Governor, Beto O’Rourke.

While Gov. Greg Abbott has not outright supported decriminalization, a spokesperson said in a statement: "Gov. Abbott believes prison and jail is a place for dangerous criminals who may harm others, and possession of a small amount of marijuana is not the type of violation that we want to stockpile jails with." 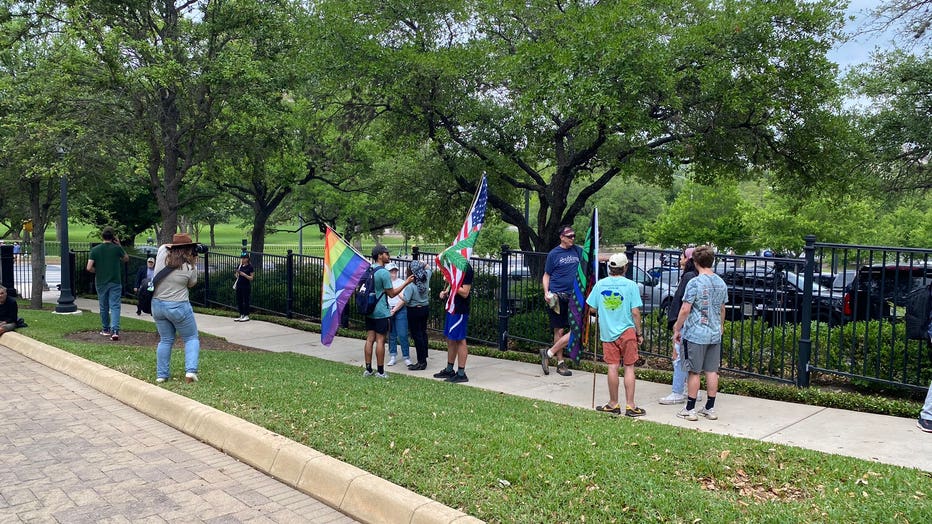 A bill that would have reduced criminal penalties for marijuana possession passed the Texas House last year, though it fell short in the Senate.

In 2020, the Texas GOP doubled down in opposing the legalization and decriminalization of illicit drugs, which includes marijuana.

But polls show growing numbers of Texans believe it’s time for that to change.

"People should be able to do whatever with their body regarding marijuana usage," said Joey Benton.

"The bottom line is all these other states have legalized it, so we look like dummies down here," said Aralyn Hughes.

In the May special election, Austinites will vote on a proposition on whether to eliminate enforcement of low-level marijuana offenses.