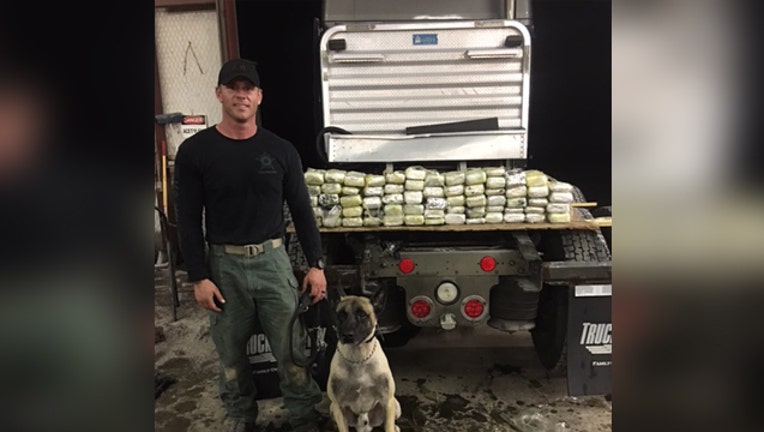 The Fayette County Sheriff's Office Canine Unit made an estimated $5.9 million meth bust on I-10 on Friday.

According to the Sheriff's Office, a Freightliner was pulled over at the 658 mile-marker of I-10 just after 9:30 P.M. Authorities noticed the driver, Ramon Villa, 59, of Houston, was off route and very nervous. The driver's log book and shipping papers showed several discrepancies.

The Canine Unit was called in and during the search of the truck authorities located a hidden compartment built into the fuel tank that contained about 60 kilos of meth, with a street value of almost $6 million.

Villa was arrested and has been charged with Felony Drug Possession. He was taken to Fayette County Jail.