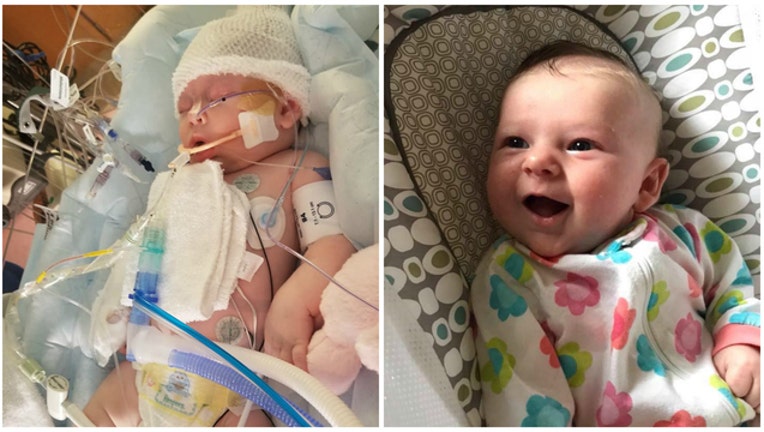 SHELL ROCK, Iowa (Fox 32 News) - A baby girl is hospitalized after being hit on the head by a softball.

McKenna Hovenga, 7-weeks-old, was hit while her dad was playing in Shell Rock, Iowa.

She is now being treated at Mayo Clinic in Rochester, Minn., according to the Waverly Courier.

She has a fractured skull and bleeding on the brain. She has suffered several seizures, according to a Facebook page set up by her aunt.

A YouCaring page for McKenna has exceeded its goal of $20,000.