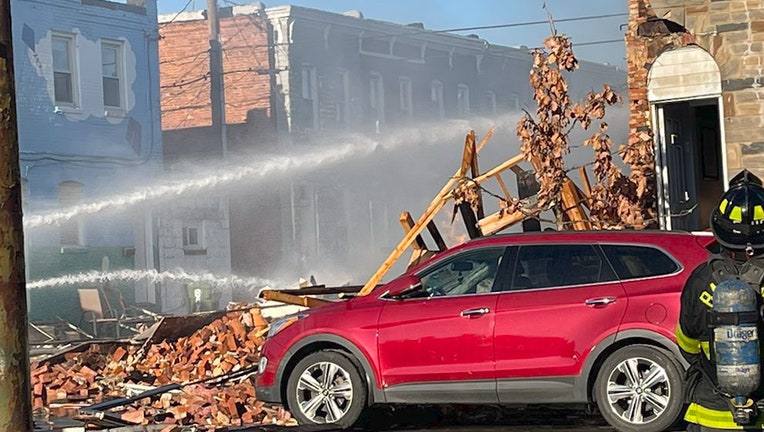 BALTIMORE - An explosion in a Baltimore neighborhood has left one person seriously hurt and two others critically.

The city's fire department said the blast occurred on the 1100 block of Bayard Street after 2 p.m. local time.

The home was occupied.

"What happened was the house went BOOM! And the wall came down," said witness Rodney Jones told FOX 45.

Authorities also told the outlet that one man was hurt while trying to rescue two women inside the home when it collapsed. They also said the women had burn injuries and were taken to a nearby hospital.

Authorities said the cause is under investigation.