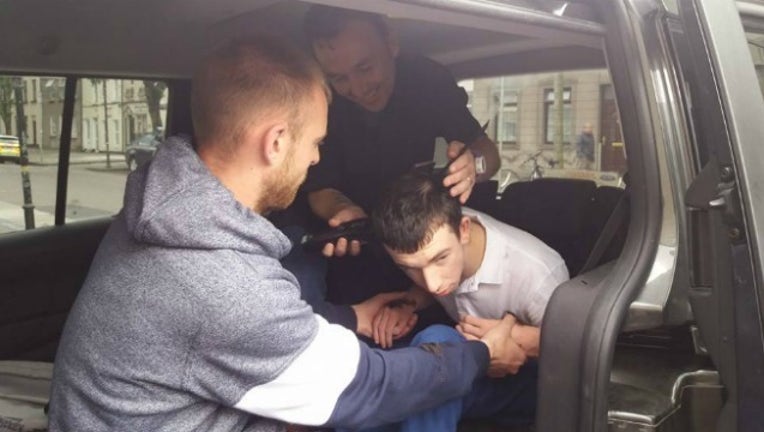 A Facebook post about a barber's act of kindness toward a boy with autism is gaining a lot of attention.

Evan, who has autism, went to get a haircut last Monday, but ran into a minor issue when one of his parents said he didn't want to stay seated. That's when Evan's barber went above and beyond to make him feel comfortable.

"Donncha O Connell has been cutting Evan's hair for the past 14 years, but today Evan had other ideas and refused to stay in the chair," Al Dwyer said about his son on Evan's Facebook page.

According to the Facebook post, the barber and his brother improvised and cut Evan's hair in the car.