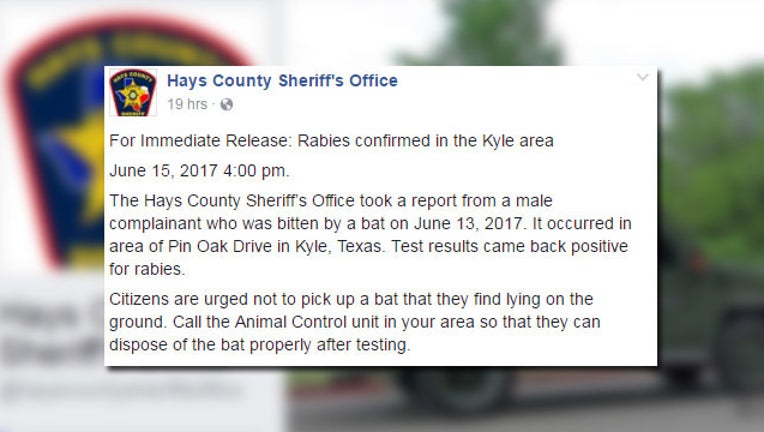 A man was bitten by a bat in Kyle on Pin Oak Drive. Hay's County Sheriff's Office said it received a complaint about it last Tuesday.

The bat tested positive for rabies.

Rabies is almost always fatal in humans once symptoms appear. But, a series of shots can prevent infection if administered in time.

Officials urge the public to not pick up a bat that is lying on the ground. Instead, call animal control who can dispose of the animal properly after it's tested.

If you or someone you know has been bitten by an animal with rabies: