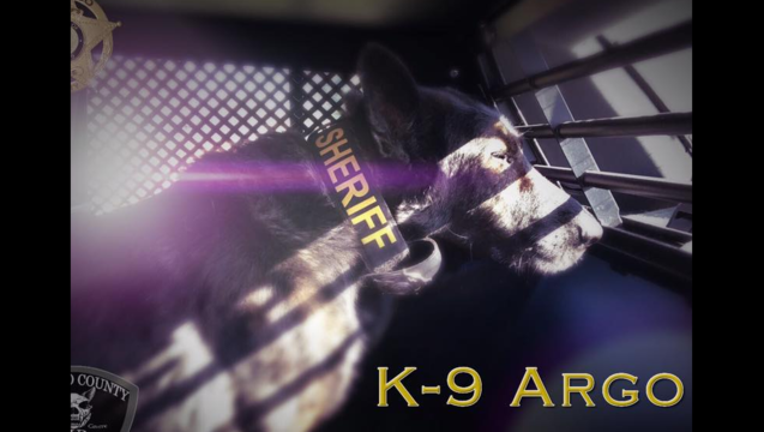 EDINBURG, TX (FOX 26 / STORYFUL) - Officers and community members in Edinburg, Texas are honoring a 9-year-old K-9 that passed away from cancer.

In a video recorded by Argo’s family, and posted by the Sheriff’s office, Argo received his “last call” during his final moments.

Argo was recruited and trained as a police dog in 2009, and partnered up with Lieutenant Francisco Guerrero.

He was diagnosed with bone cancer after he was seen moving with difficulty.

That's when the difficult decision to put him to sleep was made.

Check out the touching Facebook video of Argo's final moments below: