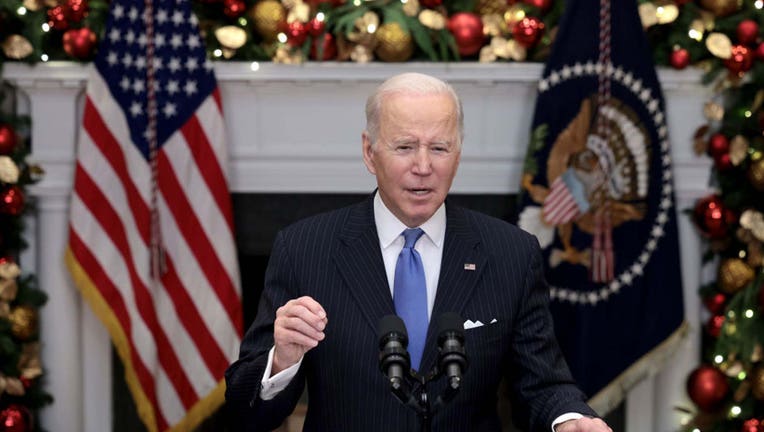 WASHINGTON (AP) - The Justice Department is improving language access to its programs to help people with limited English proficiency better report crimes. The Interior Department is providing technical assistance to Native American tribes to help them apply for grants. The Energy Department is helping low-income households access programs to weatherize their homes and save energy.

Those efforts are among hundreds of strategies and commitments the Biden administration released Thursday. They are the product of an executive order that President Joe Biden signed hours after taking office with the goal of advancing racial equity and support for underserved communities across the federal government.

The order was the first of its kind by a president, said Chiraag Bains, deputy assistant to the president for racial justice and equity.

"We set the mission and the mandate for every agency, the entire federal government, to center equity in all that we do," Bains told The Associated Press on Wednesday.

After more than a year of review, more than 90 federal agencies, including all major Cabinet departments, released their "equity action plans" on Thursday.

The plans outline more than 300 strategies and commitments that aim to make federal policies fairer for everyone, including poorer communities and communities of color; tribal, rural and LGBTQ communities; and people with disabilities and women and girls.

They were to be discussed at a White House event hosted Thursday by domestic policy adviser Susan Rice, budget director Shalanda Young and members of the Cabinet. Biden, a Democrat, has one of the most diverse Cabinets, with Black and Hispanic people and women leading major departments, including Defense, Health and Human Services, Housing and Urban Development, and the Environmental Protection Agency.

Some of the equity plans have been announced, such as work by the Department of Housing and Urban Development to close the racial gap in homeownership, address disproportionate rates of homelessness among underserved communities and reduce bias in home appraisals.

Others strategies are being made public for the first time, such as Defense Department efforts to promote the use of artificial intelligence technology to reduce algorithmic bias by investing in the development of a more diverse AI workforce. That work includes partnerships with historically Black colleges and universities.

Equity action teams at every agency led the reviews. Bains said that, taken together, the strategies "will advance equity and justice so that everybody can thrive in America."