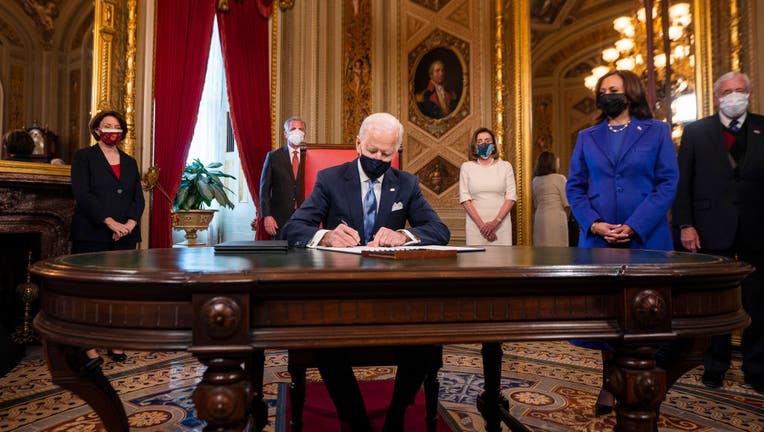 WASHINGTON - In his first hours as president, President Joe Biden signed a series of executive actions that reversed his predecessor’s orders on immigration, climate change and handling of the coronavirus pandemic.

"Some of the executive options that I’m going to be signing today are going to help change the course of the COVID crisis and we’re going to combat climate change in a way that we haven’t done so far," Biden said from the Oval Office. "And these are just all starting points."

The 15 executive actions were an attempt to essentially rewind the last four years of federal policies with striking speed. Only two recent presidents signed executive actions on their first day in office — and each signed just one. But Biden, facing the debilitating coronavirus pandemic, is intent on demonstrating a sense of urgency.

Biden's first actions reached well beyond the current health crisis. He intends to order a review of all Trump regulations and executive actions that are deemed damaging to the environment or public health.

He ordered federal agencies to prioritize racial equity and review policies that reinforce systemic racism. He revoked a Trump order that sought to exclude noncitizens from the census and will order federal employees to take an ethics pledge that commits them to upholding the independence of the Justice Department.

"Today, the work begins," Biden posted in Twitter shortly after his inaugural speech. 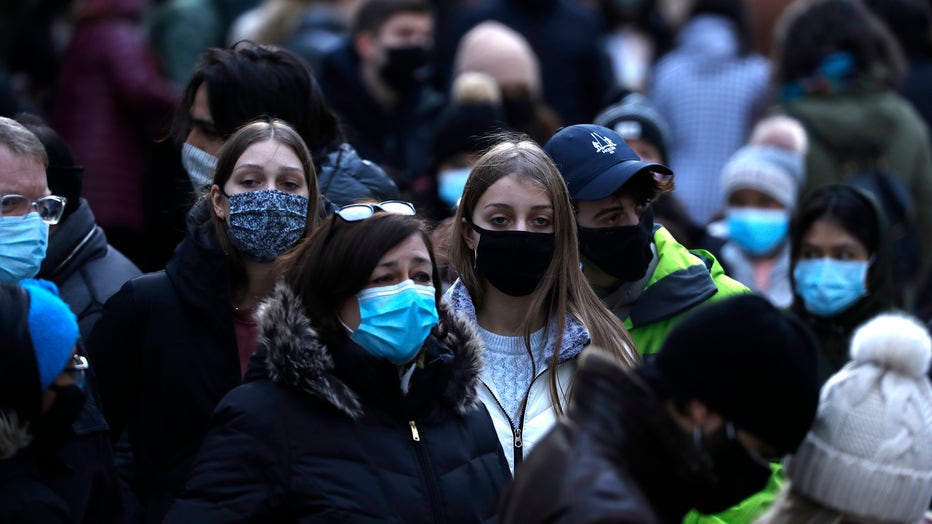 Biden’s first signed executive order now requires the use of masks and social distancing in all federal buildings, on federal lands and by federal employees and contractors. Consistently masking up is a practice that science has shown to be effective in preventing the spread of the coronavirus, particularly when social distancing is difficult to maintain.

The president is challenging all Americans to wear a mask for the first 100 days of his administration. That’s a critical period, since communities will still be vulnerable to the virus even as the pace of vaccination increases in pursuit of Biden’s goal of 100 million shots in 100 days.

The order came one day after the country announced that more than 400,000 Americans have died from the virus.

Biden pledged to boost supplies of coronavirus vaccine and set up new vaccination sites to meet his goal of 100 million shots in 100 days. It’s part of a broader COVID strategy that also seeks to straighten out snags in testing and ensure minority communities are not left out.

"You have my word: We will manage the hell out of this operation," Biden declared. He underscored a need for Congress to approve more money and for people to keep following basic precautions, such as wearing masks, avoiding gatherings and frequently washing their hands.

Trump was criticized by some for his handling of the pandemic. From the pandemic’s early days, Trump, by his own admission, played down the severity of the virus. He repeatedly suggested it would "disappear" and for a while was pushing for the American economy to fully reopen by Easter, just a month after the pandemic fully engulfed the nation.

And he soon began resisting the advice of public health experts on his own coronavirus task force, including Dr. Anthony Fauci and Dr. Deborah Birx. He publicly clashed with the heads of the Food and Drug Administration and the Centers for Disease Control and Prevention over everything from the risks associated with opening schools to the timetable for a potential COVID-19 vaccine. 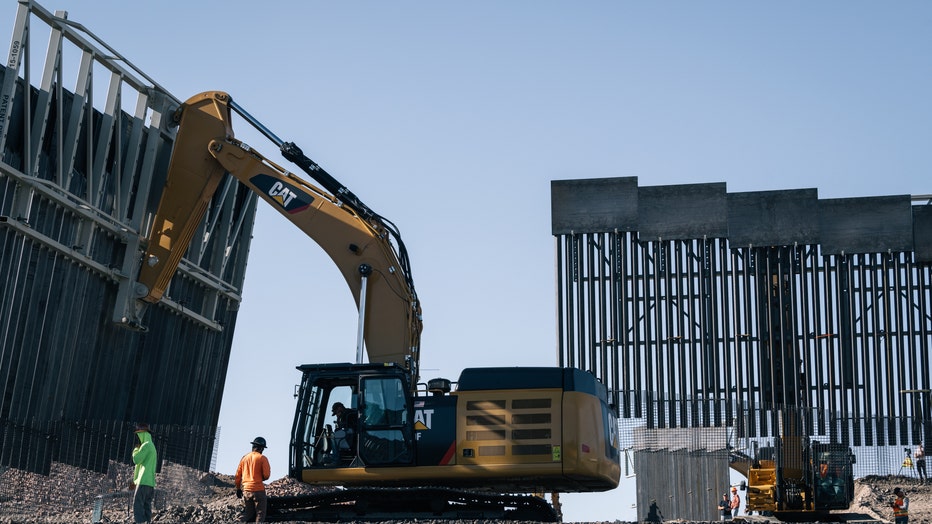 Fisher Industries workers move section two and three on Friday, May 24, 2019 in Sunland Park, New Mexico, on land owned by American Eagle Brick Co, near International Boundary Monument No. 1 where New Mexico, Texas and Mexico come together. (Photo by

Biden is immediately ending the national emergency that Trump declared on the border in February 2018 to divert billions of dollars from the Defense Department to wall construction. He also is halting construction to review contracts and how wall money might be redirected.

Despite Trump’s repeated promises that Mexico would pay for the wall, U.S. Customs and Border Protection says Americans have committed $15 billion for more than 700 miles. It is unclear how many miles are under contract and what penalties the government would have to pay for canceling them.

The Supreme Court has scheduled arguments Feb. 22 on the legality of Trump’s diverting Defense Department funds for counter-narcotics efforts and military construction projects to wall construction. 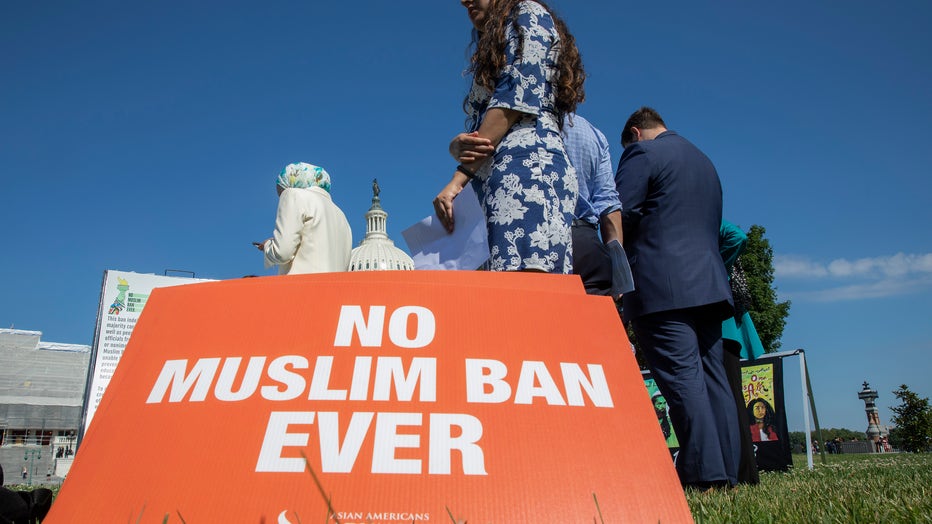 Activists protest on the anniversary of the Supreme Court's ruling upholding the Trump administration's restriction of travel to the U.S. from predominantly Muslin countries, on Capitol Hill June 26, 2019 in Washington, DC. The Court in a 5-4 ruling

Biden is ending what is variously known as the "travel ban" or the "Muslim ban," one of the first acts of the Trump administration. Trump in January 2017 banned foreign nationals from seven mostly Muslim countries from entry into the country. After a lengthy court fight, a watered-down version of the rule was upheld by the Supreme Court in a 5-4 decision in 2018.

The Trump policy applied to travelers from five countries with overwhelmingly Muslim populations — Iran, Libya, Somalia, Syria and Yemen. It also affected two non-Muslim countries, blocking travelers from North Korea and some Venezuelan government officials and their families. A sixth majority Muslim country, Chad, was removed from the list in April 2018 after improving "its identity-management and information sharing practices," Trump said in a proclamation.

Trump has said the ban is aimed at making the U.S. safer from potentially hostile foreigners.

The new administration says it will improve the screening of visitors by strengthening information sharing with foreign governments and other measures.

French President Emmanuel Macron appears on a screen to deliver a speech during the Climate Ambition Summit 2020 in Brussels on December 12, 2020. (Photo by Kenzo TRIBOUILLARD / POOL / AFP) (Photo by KENZO TRIBOUILLARD/POOL/AFP via Getty Images)

Biden signed an executive order to rejoin the Paris climate accord, fulfilling a campaign pledge to get back into the global climate pact on Day One. Trump, a supporter of oil, gas and coal, had made a first priority of pulling out of global efforts to cut climate-damaging fossil fuel emissions.

It will take 30 days for the U.S. to officially be back in.

RELATED: ‘We did what we came here to do’: Trump bids farewell to White House in video

The United States in November 2020 formally left the Paris Agreement, a global pact it helped forge five years ago to avert the threat of catastrophic climate change.

The Paris accord requires countries to set their own voluntary targets for reducing greenhouse gases such as carbon dioxide, and to steadily increase those goals every few years. The only binding requirement is that nations have to accurately report on their efforts. 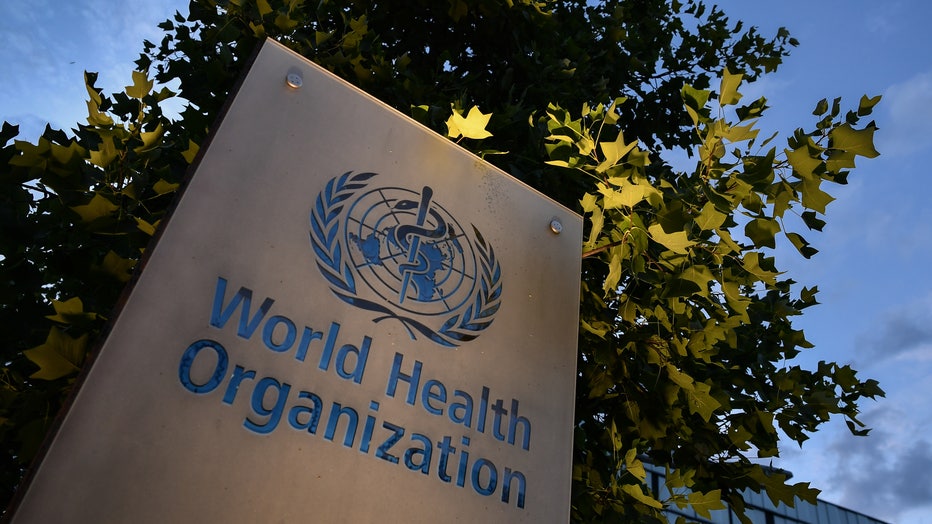 A photo taken in the late hours of August 17, 2020 shows a sign of the World Health Organization (WHO) at their headquarters in Geneva amid the COVID-19 outbreak, caused by the novel coronavirus. (Photo by Fabrice COFFRINI / AFP) (Photo by FABRICE CO

Biden also is directing the government to rejoin the World Health Organization, which Donald Trump withdrew from earlier this year after accusing it of incompetence and bowing to Chinese pressure over the coronavirus.

Symbolizing Biden’s commitment to a more prominent global role, White House coronavirus coordinator Jeff Zients announced that Dr. Anthony Fauci will deliver a speech Thursday to the WHO as head of a U.S. delegation. Fauci, the government’s top infectious disease expert, will lay out how the administration intends to work with the WHO on reforms, supporting the coronavirus response and promoting global health and health security. 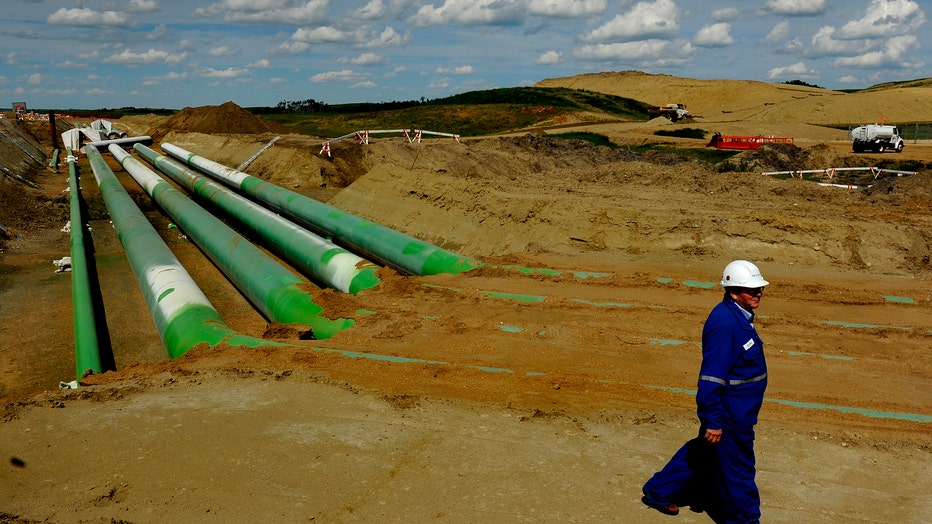 Biden will also revoke a presidential permit for the Keystone XL oil and gas pipeline. The pipeline would transport up to 830,000 barrels (35 million gallons) of crude oil daily from western Canada to terminals on the U.S. Gulf Coast.

First proposed in 2008, the pipeline has become emblematic of the tensions between economic development and curbing the fossil fuel emissions that are causing climate change. The Obama administration rejected it, but President Donald Trump revived it and has been a strong supporter. 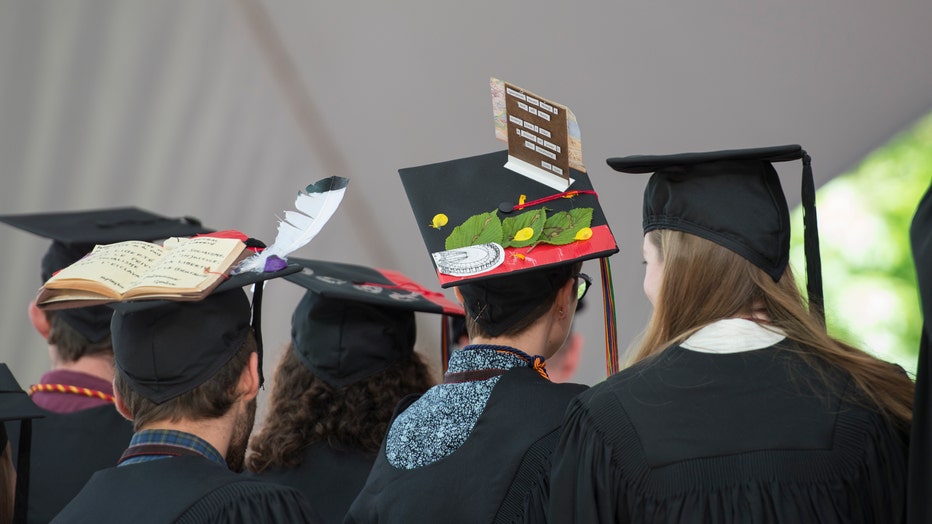 Biden is asking the Education Department to extend a pause on federal student loan payments through at least Sept. 30, continuing a moratorium that began early in the pandemic but was set to expire at the end of January.

Borrowers, who owe a collective $1.5 trillion, would not be required to make payments on their federal student loans, their loans would not accrue any interest, and all debt collection activity would halt through September.

Biden’s order does not include the type of mass debt cancellation that some Democrats asked him to orchestrate through executive action. He has said that action should come from Congress. 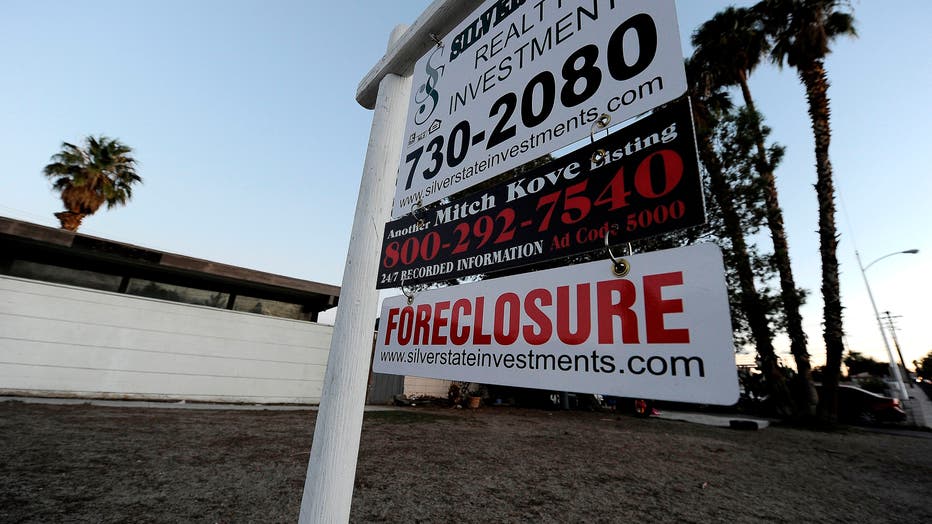 A Foreclosure sign is seen in front of a bank-owned home for sale in Las Vegas, Nevada, November 8, 2010. Photo by Robyn BECK / AFP) (Photo by ROBYN BECK/AFP via Getty Images)

Housing foreclosures and evictions would be delayed until at least March 31, 2021. Almost 12% of homeowners with mortgages are late on their payments, while 19% of renters are behind, according to a Census Bureau survey of households.

The federal moratoriums would ensure that people could stay in their homes even if they cannot afford their monthly bills. Biden is also calling on Congress to extend assistance to renters. While the moratoriums have aided several million Americans during the pandemic and helped to contain the disease, they have also meant that billions of dollars in housing costs have gone unpaid.