Two men have been detained at Orlando International Airport after a fight broke out Saturday, authorities said.

ORLANDO, Fla. - Two men have been detained at Orlando International Airport after a fight broke out Saturday, according to authorities.

One man is seen shirtless and bleeding while fighting another man inside a bar at OIA. FOX 35’s Stephanie Buffamonte saw the shirtless man screaming, "Kill this piece of sh-- right now," while police questioned him.

He went on to say, "I want to speak to DeSantis," and "I'll kill that piece of [expletive], [expletive] Democrat. Biden is supporting Russia in the fight against the United States."

Two men have been detained at Orlando International Airport after a fight broke out Saturday, authorities said.

Witnesses tell FOX 35 News the fight started when the shirtless man called a waitress a vulgar name. According to the witness, the other individual involved in the fight told him to stop and calm down when it escalated. The man pulled off his own shirt during the fight.

Orlando police officers detained both men at the airport. 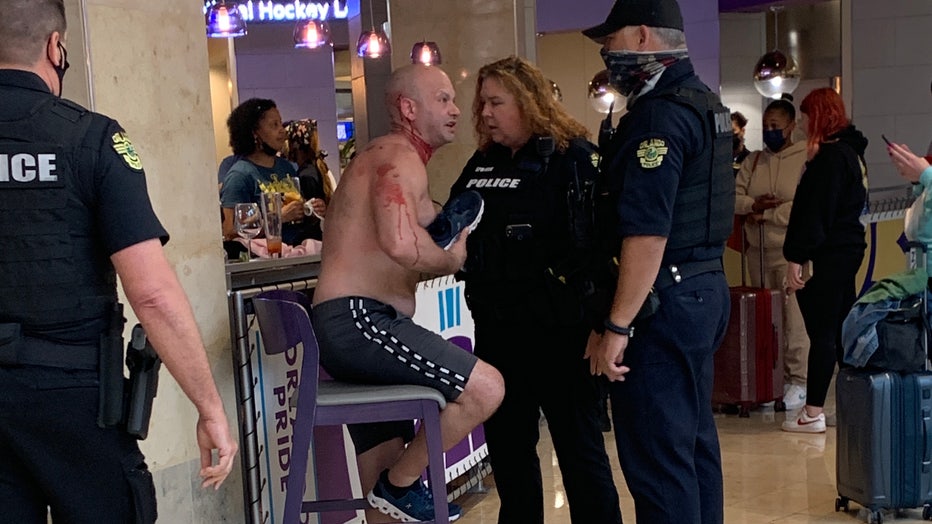 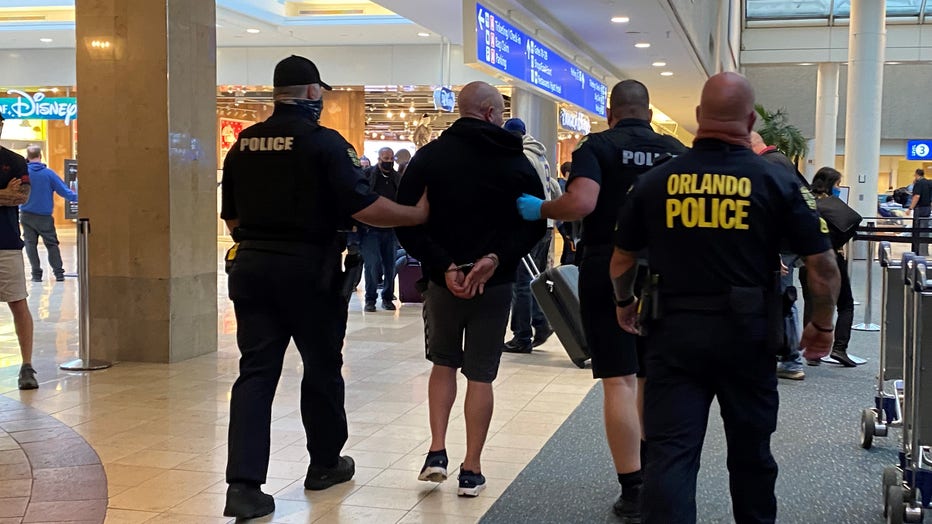