President Joe Biden delivered remarks ahead of Thanksgiving on the state of the American economy amid rising consumer costs and gas prices.

WASHINGTON (AP) - President Joe Biden is set to nominate Shalanda Young to head the Office of Management and Budget, according to a person familiar with his plans on Wednesday.

Young has served as acting director of the office for much of the year. Biden’s first nominee for the position, Neera Tanden, faced bipartisan criticism for her previous attacks on lawmakers and withdrew from consideration.

Young faces her own Senate confirmation vote, but she was initially confirmed to her current role in March with nearly two-thirds support and the backing of multiple Republicans. As the former staff director of the House Appropriations Committee, Young had the support of top Democratic leaders, including Speaker Nancy Pelosi.

She would be the first Black woman to lead the OMB. 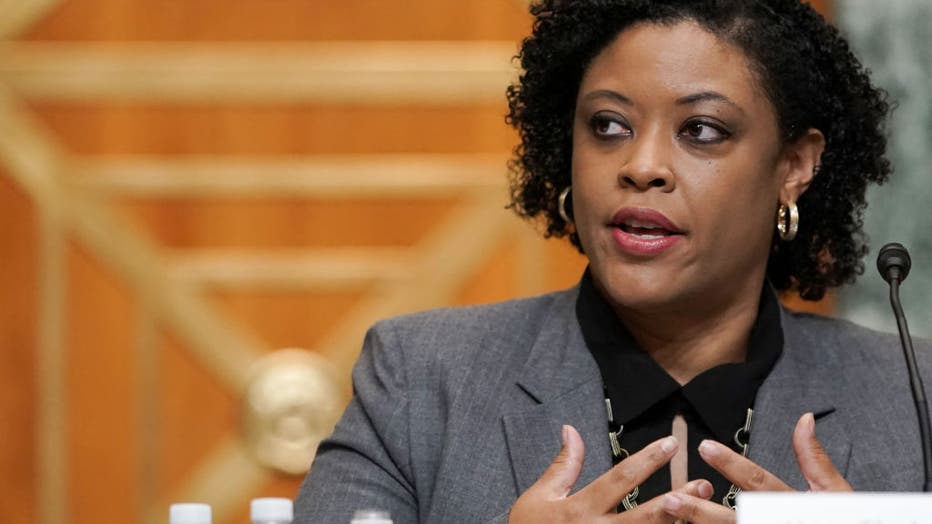 Acting Director of the Office of Management and Budget Shalanda Young testifies before the Senate Budget Committee's hearing to examine President Biden's proposed budget request for fiscal year 2022 on Capitol Hill in Washington, DC, on June 8, 2021.

Biden is expected to nominate Nani Coloretti, a senior vice president at the Urban Institute think tank, as deputy director. If confirmed, that would make Coloretti one of the highest Asian Americans in government and it would be the first time the OMB is led by two women of color.

The head of the Office of Management and Budget is tasked with putting together the administration’s budget and overseeing a wide range of logistical and regulatory issues across the federal government.

The person familiar with Biden's plans wasn’t authorized to speak about them publicly and spoke to The Associated Press on the condition of anonymity.