On December 26, officials say vandals irreparably damaged the prehistoric art in the Indian Head area of the park when they scratched their names into it. Staff has already treated the most recent vandalism at Indian Head, but officials say much of the damage is permanent.

"Big Bend National Park belongs to all of us. Damaging natural features and rock art destroys the very beauty and history that the American people want to protect in our parks," said Big Bend National Park Superintendent Bob Krumenaker in a news release. "With each instance of vandalism, part of our Nation's heritage is lost forever." 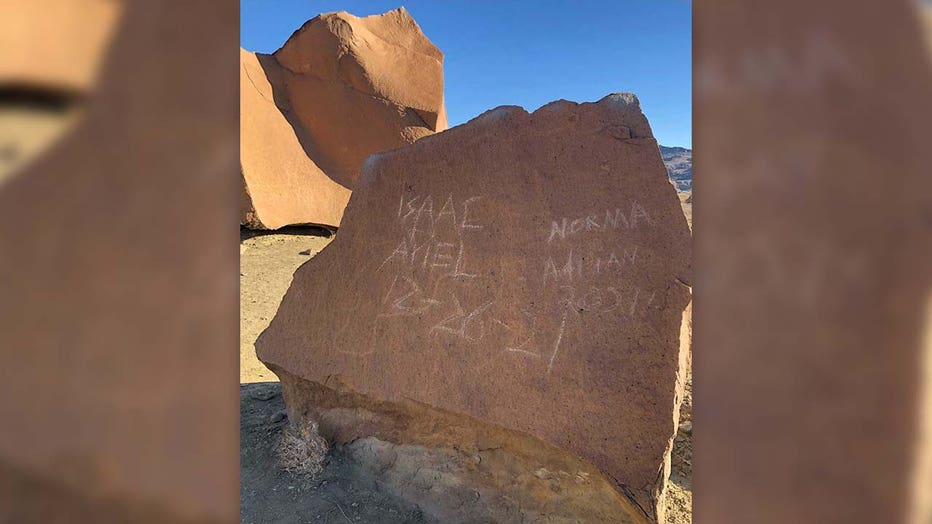 Photo courtesy Big Bend National Park of vandalism on ancient petroglyph in the Indian Head area of the park. The vandalism took place on December 26, 2021.

Officials say graffiti is vandalism, is costly, and extremely difficult if not impossible to remove. They also remind people that It is illegal. Damaging park resources is a violation of 36 CFR (Code of Federal Regulations). Rock art and ancient cultural sites are also protected under the Archaeological Resources Protection Act (ARPA).

Park officials say that they've seen an increase in vandalism and graffiti in the area. Since 2015, park archeologists have documented over 50 instances of vandalism. Anyone with information about this incident, or any other incidents, or the persons involved to contact the Big Bend National Park Communication Center at 432-477-1187.

Visitors are also reminded that if you discover vandalized rock art, please don’t attempt to clean it yourself. Trained staff will attempt to mitigate the damage as quickly as possible, using highly specialized techniques.