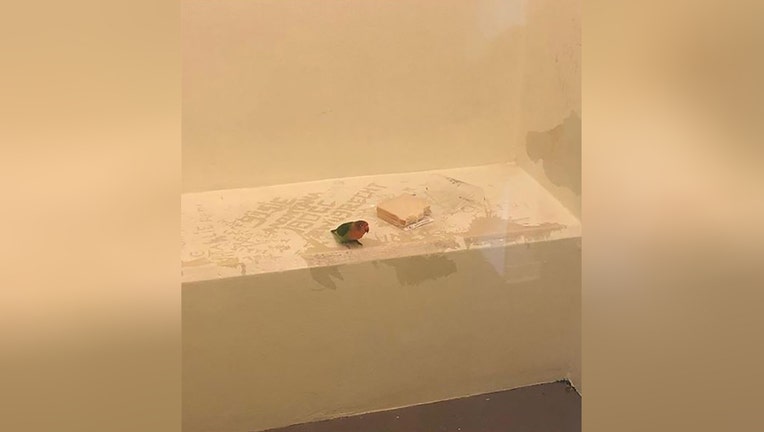 A colorful bird was detained in a Dutch police station after a shoplifting arrest, according to authorities. (Photo: Politie Utrecht Centrum via Instagram)

UTRECHT, Netherlands - A colorful bird was detained in a Dutch police station after a shoplifting arrest, according to authorities.

The Politie Utrecht of the Netherlands posted a photo of the bird detainee on their Instagram.

“Hi, this bird sat on the shoulder of a thief we arrested for shoplifting,” the post read. “As we don't have a birdcage, this bird had no other place to stay than in the cell.”

The police said the bird’s owner agreed to its detention.

“When the owner was released shortly after, the bird accompanied him,” the police said.

The orange, red and green-colored bird was not questioned and “as far as we know not guilty of any charges,” police said, adding smiley and police emojis.

Police also fed the bird, as the photo showed a sandwich next to it.

When Dutch media reported the bird’s arrest, they covered its eyes with a black bar to conceal its identity, according to a tweet.