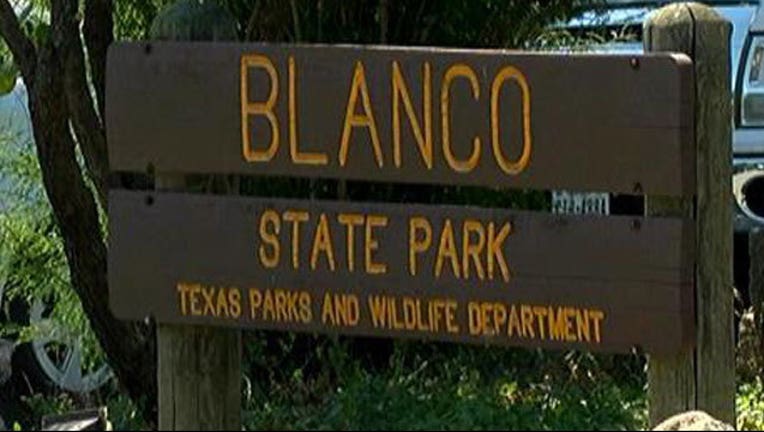 Blanco State Park reopens two months after the Memorial Day weekend floods that ravaged parts of Central Texas. The park has only been open for about 24 hours and it already has an influx of visitors.

Texas Parks and Wildlife ranger Kate Boysen knows from experience the damage the Memorial Day floods caused. She was working at the park that fateful weekend.

“I drove home to San Marcos to 12 hours later have the floodwater later,” said Boysen.

It was a scary event that left getaways like Blanco State Park damaged.

Saturday, the park reopened. Officials say the north side of the river will be closed until further notice.

“We need to still clear out some debris and trash and then level out all the ground,” said Boysen.

Due to flood damage to the park's dam, the water level is very low but it's something that gives rangers an advantage when cleaning out the river.

“We're starting to see more trees and debris in the water,” said Boysen.

The low water is not keeping Lois Wright and her granddaughter Jaylee from enjoying the scenery.

“We had reservations right after I got out of school, and they had to cancel those and then they canceled them again and finally we're here,” said Wright, park visitor.

Rangers say the area open to the public is certainly safe but as always it's good to watch for debris.

“I'm really happy that we're back open. It's great to see people out enjoying the river fishing,” said Wright.

With more triple digit heat expected in the coming days, visitors like Lois Wright are just glad they can come to the park and cool off.

“I know that everybody has been pitching in and working around the clock to get this place open, it's so wonderful.

There is no exact date on when the park will be fully functional.