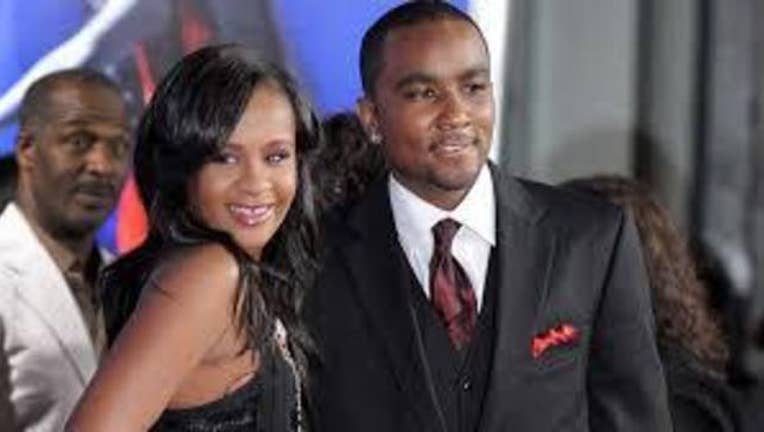 Brown, the daughter of singers Whitney Houston and Bobby Brown, was found face-down and unresponsive in a bathtub in her suburban Atlanta townhome in January 2015. Gordon, who also lived there, and a friend were listed on the police report as being in the home when investigators arrived there.

The wrongful death suit said other people were there when Brown was initially found unresponsive. She was in a coma for six months before dying in hospice care at age 22 on July 26, 2015. Her death was similar to the way her mother died and drew worldwide headlines and the frenzied attention of the tabloids.

Whitney Houston's body was found face-down in a foot of water in her bathtub at the Beverly Hilton Hotel just before the 2012 Grammy Awards. Authorities found prescription drugs in the suite and evidence of heart disease and cocaine in Houston's body and determined her death was an accidental drowning.

Fulton County Superior Court Judge T. Jackson Bedford ruled in September that Gordon repeatedly failed to meet court deadlines in the civil suit. His order said that means the conservator of her estate wins by default.

Bedford on Thursday awarded damages of $36,250,000, the estate's lawyers said in an emailed statement.

"There was an urgent need, in my mind, to get justice for Bobbi Kristina Brown and that's why I took the case. We intend to pursue, with all vigor, the full collection of the judgment," attorney David Ware said in the statement. "We hope that in some small way this will allow Krissy's family to continue their quest for peace."

Bobby Brown and his daughter, LaPrincia Brown, Bobbi Kristina Brown's half-sister, were among the witnesses who testified at Thursday's hearing.

The young woman's family blamed Gordon, accusing him in the lawsuit of giving Brown a "toxic cocktail" before putting her face-down in the water. Gordon, an orphan three years older whom Houston had raised as her own, has not been charged with a crime. Brown had referred to Gordon as her husband.

Gordon wasn't in court Thursday and did not have an attorney in the civil case, but his criminal defense attorneys, Joe Habachy and Jose Baez, had said in August 2015 that the allegations were baseless. They also said that Gordon is "heartbroken" and called the suit a "fictitious assault."

Dontaye Carter, a spokesman for Fulton County District Attorney Paul Howard, said in an email Thursday that Brown's death is still under investigation.

Brown grew up in the shadow of her famous parents. She appeared with them in 2005 on the Bravo reality show "Being Bobby Brown" and attended award shows with her mother and father.

Houston and Bobby Brown were married 15 years before their relationship ended in 2007. Bobbi Kristina was their only child together.

In August 2015, family and friends gathered at a cemetery in New Jersey and buried Bobbi Kristina Brown next to her mother.