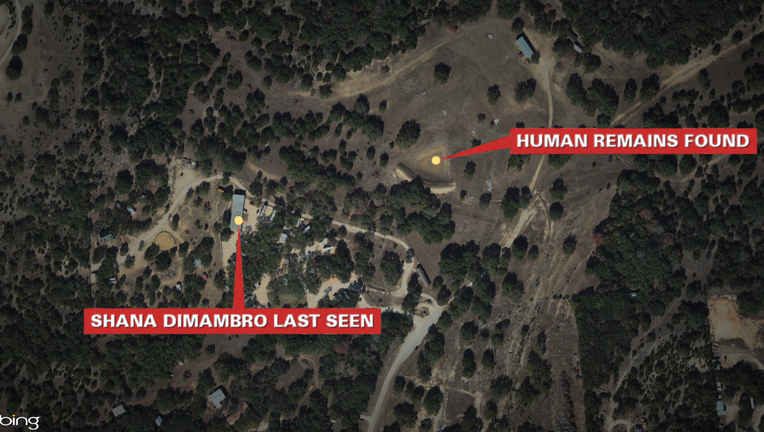 SPRING BRANCH, Texas - A body found Friday night in Spring Branch is believed to be that of a missing woman.

Just before 8 p.m. July 29, the Comal County Sheriff's Office was called to the 200 block of Mitchell Drive in Spring Branch to a report about a body. Deputies responded and located a decomposed body.

A preliminary identification, based on specific physical characteristics, has led investigators to believe the body is missing 45-year-old woman Shana DiMambro, who was last seen on Tuesday, July 19 by her husband in the couple's RV.

45-year-old Texas woman has been missing for 10 days

Shana Dimambro's husband came home from work on July 19, 2022 to find Shana's phone, wallet, bible and cigarettes at home, but not her.

An autopsy has been ordered and the remains have been sent to Travis County for positive identification. Investigators have been in contact with DiMambro's family, who have been made aware of these preliminary findings.

CCSO says the investigation into the body and DiMambro's disappearance remain ongoing.