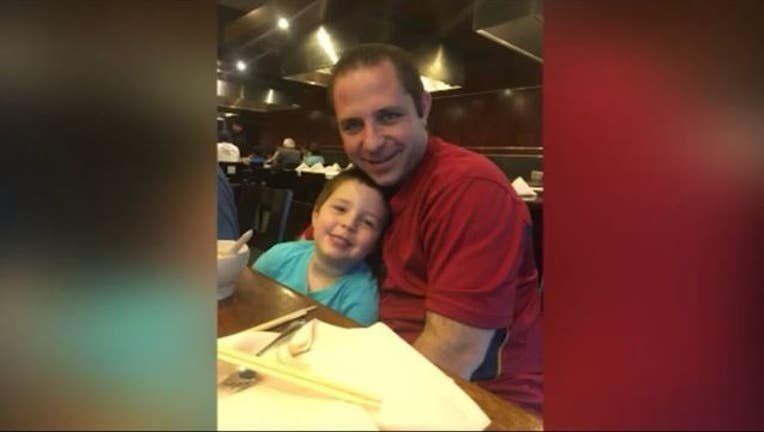 LOS ANGELES (AP) - Homicide detectives have found the body of a missing 5-year-old boy whose father is charged with his murder, authorities announced Saturday.

Based on "additional leads," detectives returned Friday to an area near Lake Cachuma in Santa Barbara County and found the remains of Aramazd Andressian Jr., according to a statement from the Los Angeles County Sheriff's Department.

No other details were released, including how the boy died.

The boy was found on the same day that his father, Aramazd Andressian Sr., 35, of South Pasadena, was returned to Southern California from Las Vegas, where he was arrested last week.

He has adamantly denied harming the boy.

Messages left for his attorney, Daniel Nardoni, were not immediately returned Saturday.

Investigators have been searching for the boy since his father was found passed out in a large park in South Pasadena on April 22. Sheriff's officials said Andressian had taken prescription pills and was found in a car doused in gasoline in an apparent suicide attempt.

Andressian told authorities that he drove that day about 145 miles (233 kilometers) to Lake Cachuma. Authorities had twice searched the lake unsuccessfully in the past few months, using dogs and a dive team.

Although initially arrested, Andressian was released but later charged with murder. Prosecutors contend that Andressian killed the boy to get back at his estranged wife. He and the boy's mother, Ana Estevez, were sharing custody as they went through a divorce.

He was arrested in Las Vegas on June 23 because authorities believed he was at risk of fleeing the country.

Andressian had shaved his beard, lightened his hair and had been socializing while living out of a Las Vegas hotel for 47 days - conduct characterized as inconsistent with that of a grieving parent, sheriff's officials said.