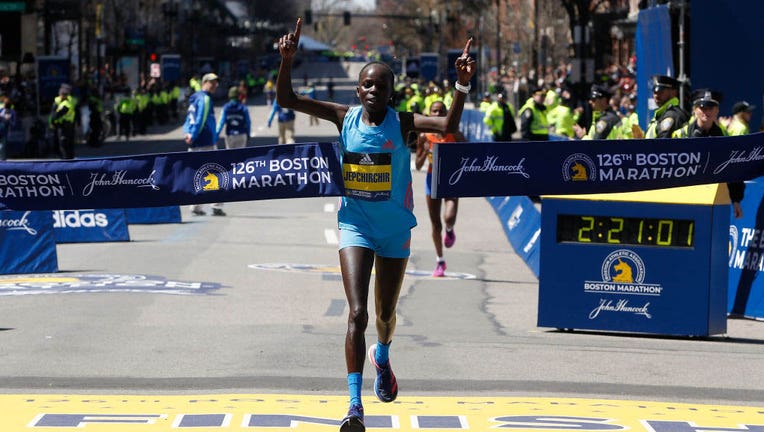 HOPKINTON, Mass. - Peres Jepchirchir celebrated the 50th anniversary of the Boston Marathon women’s division by winning a see-saw sprint down Boylston Street on Monday as the race returned to its traditional Patriots’ Day spot in the schedule for the first time since the start of the coronavirus pandemic.

Running shoulder to shoulder for most of the course, the reigning Olympic champion and Ethiopia's Ababel Yeshaneh traded places eight times in the final mile, with Jepchirchir pulling ahead for good in the final 385 yards. The Kenyan finished in 2 hours, 21 minutes, 1 seconds, four seconds ahead.

Kenya's Evans Chebet pulled away with about four miles to go to win the men's race in 2:06:51, 30 seconds ahead of Gabriel Geay of Tanzania. Defending champion Benson Kipruto was third. 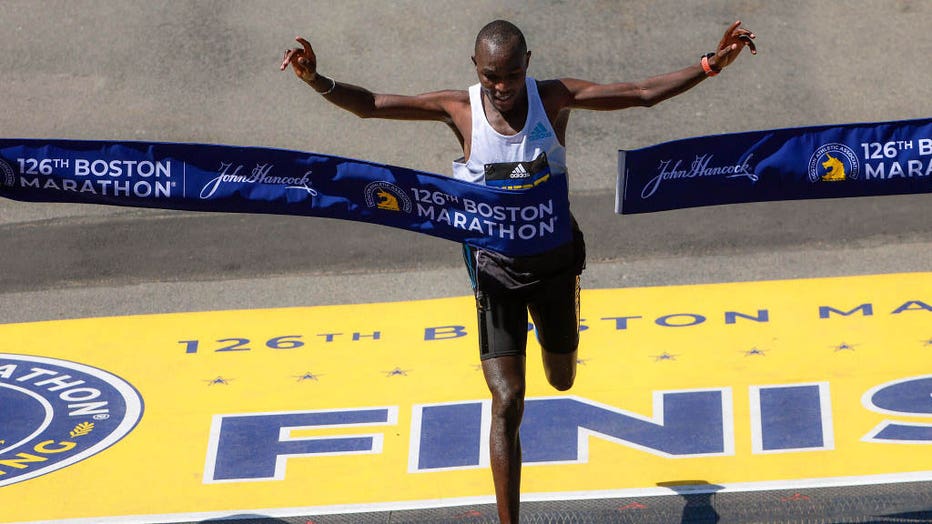 Sharing a weekend with the Red Sox home opener — the city's other sporting rite of spring — more than 28,000 runners returned to the streets from Hopkinton to Copley Square six months after a smaller and socially distanced event that was the only fall race in its 126-year history. 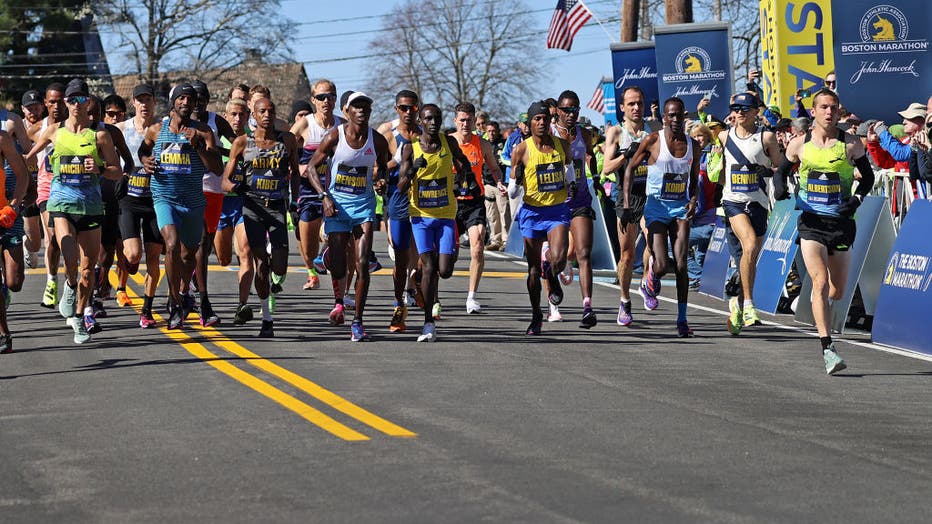 Fans waved Ukrainian flags in support of the few dozen runners whose 26.2-mile run from Hopkinton to Copley Square was the easiest part of their journey. Athletes from Russia and Belarus were disinvited in response to the invasion of Ukraine.

Ukrainians who were unable to make it to Boston were offered a deferral or refund.

"Whatever they want to do, they can do," Boston Athletic Association President Tom Grilk said. "Run this year, run next year. You want a puppy? Whatever. There is no group we want to be more helpful to."

The 125th race was first postponed, then called off because of the pandemic — the first cancellation since the event began in 1897. In 2021, it was as postponed until October.

After the Boston Marathon was postponed, this teacher was cheered on at home

Lacey Way ran her own marathon in Auburn, Wash. after the Boston event was postponed. (Credit: Jen Skeel via Storyful)

This year's race marked the 50th anniversary of Nina Kuscsik's victory as the first official women's winner. (The actual first woman to finish the race was Bobbi Gibb, who first ran in 1966 among the unofficial runners known as bandits.)

Valerie Rogosheske, who finished sixth in '72, said she had been planning to hide in the bushes and run as a bandit before women got the go-ahead a few weeks before the race. She is running this year with her daughters, and served as the honorary starter for the women’s elite field. 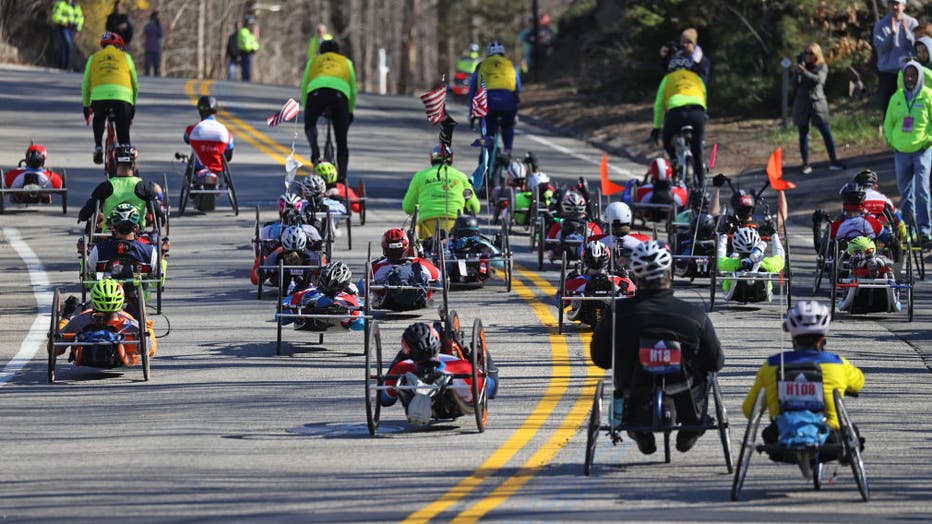 Handcycle start during the running of the 126th Boston Marathon at the starting line in Hopkinton, MA on April 18, 2022. (Photo by David L. Ryan/The Boston Globe via Getty Images)

"There was just this feeling of, ‘Boy, we’re going to do this. No one can drop out. There are eyes upon us,'" she said at the starting line on Monday. "Many people didn’t think we should be running a marathon. So that’s why we really felt that pressure but opportunity as well to finish this marathon."