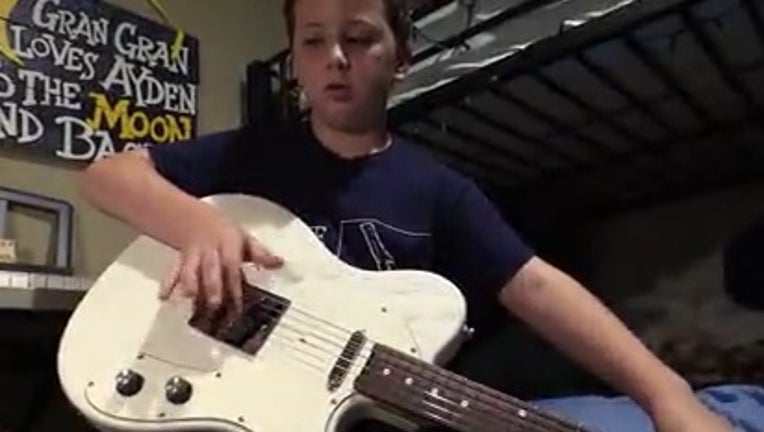 Kelsea Ballerini has a fan for life. The country music star and 9-year-old Ayden Morgan, of Ocala, Fla., formed their bond when Ayden, who is blind and battling brain cancer, had his wish to see Ballerini in concert granted by the nonprofit Do It For The Love. Ballerini later gifted Ayden an electric guitar customized especially for him, with his name in Braille

“Who gets something from an awesome singer, you know, from any singer?” Ayden said.

He was diagnosed with brain cancer at the age of three.

It caused him to go blind. He had countless surgeries throughout his short life, but music always gets him through.

“When he’s in surgery, when he’s sitting in an MRI machine for three hours being scanned, the one thing that helps him more than anything is escaping through music,” Ayden’s mother, Tiffany Henke, said.

Ayden met Kelsea Ballerini at one of her concerts earlier this year. He left a lasting impression on the country music singer, even sharing a hug with her at the event.

“I told her everything and she cried so much,” Ayden said. Happy tears. She was really happy and we talked about how much we love guitars.”

She sent him the guitar last week.

He’s still learning to play and hopes to play with his idol one day.

“[It means a lot that she] took the time and the energy to put into such a special guitar that has literally changed my son’s life,” Henke said. “He will be able to remember this moment as long as he lives and I know that every time that Kelsea comes back around now, we’re going to go to every concert and support her every which way that we can.”