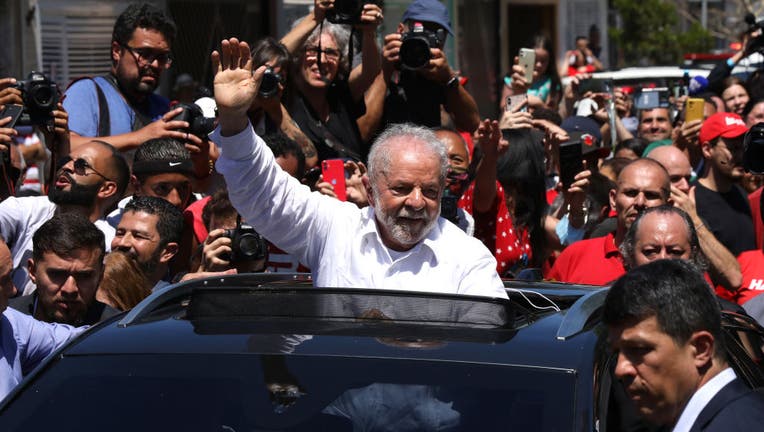 With more than 99% of the votes tallied in the runoff vote, da Silva had 50.9% and Bolsonaro 49.1%, and the election authority said da Silva’s victory was a mathematical certainty.

It is a stunning reversal for da Silva, 77, whose 2018 imprisonment over a corruption scandal sidelined him from the 2018 election that brought Bolsonaro, a defender of conservative social values, to power.

Da Silva is promising to govern beyond his leftist Workers’s Party. He wants to bring in centrists and even some leaning to the right who voted for him for the first time, and to restore the country’s more prosperous past. Yet he faces headwinds in a politically polarized society where economic growth is slowing and inflation is soaring.

His victory marks the first time since Brazil’s 1985 return to democracy that the sitting president has failed to win reelection. The highly polarized election in Latin America's biggest economy extended a wave of recent leftist victories in the region, including Chile, Colombia and Argentina.

As Lula prepared to give a speech at a hotel in downtown Sao Paulo Sunday evening, Bolsonaro had yet to concede the election.

It was the country's closest election in over three decades. Just over 2 million votes separated the two candidates with 99.5% of the vote counted. The previous closest race, in 2014, was decided by a margin of 3.46 million votes.

Da Silva’s inauguration is scheduled to take place on Jan. 1. He last served as president from 2003-2010.

"The huge challenge that Lula has will be to pacify the country," he said. "People are not only polarized on political matters, but also have different values, identity and opinions. What’s more, they don’t care what the other side’s values, identities and opinions are."

Congratulations for Lula — and Brazil — began to pour in from around the world Sunday evening, including from U.S. President Joe Biden, who highlighted the country’s "free, fair, and credible elections." The European Union also congratulated da Silva in a statement, commending the electoral authority for its effectiveness and transparency throughout the campaign.

Bolsonaro had been leading throughout the first half of the count and, as soon as da Silva overtook him, cars in the streets of downtown Sao Paulo began honking their horns. People in the streets of Rio de Janeiro’s Ipanema neighborhood could be heard shouting, "It turned!"

Da Silva’s headquarters in downtown Sao Paulo hotel only erupted once the final result was announced, underscoring the tension that was a hallmark of this race.

"Four years waiting for this," said Gabriela Souto, one of the few supporters allowed in due to heavy security.

Outside Bolsonaro’s home in Rio de Janeiro, ground-zero for his support base, a woman atop a truck delivered a prayer over a speaker, then sang excitedly, trying to generate some energy. But supporters decked out in the green and yellow of the flag barely responded. Many perked up when the national anthem played, singing along loudly with hands over their hearts.

Most opinion polls before the election gave a lead to da Silva, universally known as Lula, though political analysts agreed the race grew increasingly tight in recent weeks.

For months, it appeared that da Silva was headed for easy victory as he kindled nostalgia for his presidency, when Brazil’s economy was booming and welfare helped tens of millions join the middle class.

But while da Silva topped the Oct. 2 first-round elections with 48% of the vote, Bolsonaro was a strong second at 43%, showing opinion polls significantly underestimated his popularity. Many Brazilians support Bolsonaro’s defense of conservative social values and he shored up support in an election year with vast government spending.

Bolsonaro’s administration has been marked by incendiary speech, his testing of democratic institutions, his widely criticized handling of the COVID-19 pandemic and the worst deforestation in the Amazon rainforest in 15 years. But he has built a devoted base by defending conservative values and presenting himself as protection from leftist policies that he says infringe on personal liberties and produce economic turmoil.

Da Silva is credited with building an extensive social welfare program during his 2003-2010 tenure that helped lift tens of millions into the middle class as well as presiding over an economic boom. The man universally known as Lula left office with an approval rating above 80%; then U.S. President Barack Obama called him "the most popular politician on Earth." 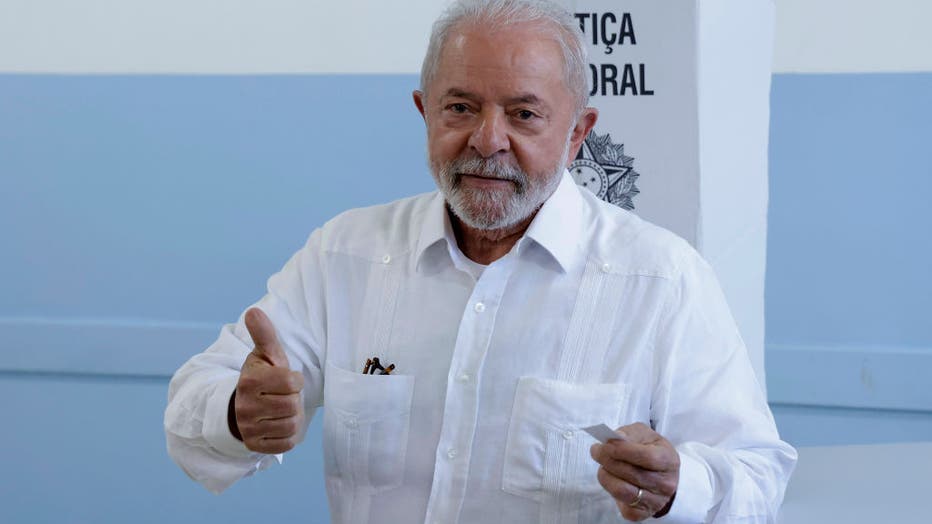 But he is also remembered for his administration’s involvement in vast corruption revealed by sprawling investigations. Da Silva’s arrest in 2018 kept him out of that year’s race against Bolsonaro, a fringe lawmaker at the time who was an outspoken fan of former U.S. President Donald Trump.

Da Silva was jailed for for 580 days for corruption and money laundering. His convictions were later annulled by Brazil’s top court, which ruled the presiding judge had been biased and colluded with prosecutors. That enabled da Silva to run for the nation’s highest office for the sixth time.

For months, it appeared that he was headed for easy victory as he kindled nostalgia for his presidency, when the economy was booming and welfare helped tens of millions join the middle class. But results from an Oct. 2 first-round vote — da Silva got 48% and Bolsonaro 43% — showed opinion polls had significantly underestimated Bolsonaro’s resilience and popularity. He shored up support, in part, with vast government spending.

Da Silva has pledged to boost spending on the poor, reestablish relationships with foreign governments and take bold action to eliminate illegal clear-cutting in the Amazon rainforest.

He hasn’t provided specific plans on how he will achieve those goals, and faces many challenges. The president-elect will be confronted by strong opposition from conservative lawmakers likely to take their cues from Bolsonaro.

"Lula’s victory means Brazil is trying to overcome years of turbulence since the reelection of President Dilma Rousseff in 2014. That election never ended; the opposition asked for a recount, she governed under pressure and was impeached two years later," said Melo. "The divide became huge and then made Bolsonaro."

Unemployment this year has fallen to its lowest level since 2015 and, although overall inflation has slowed during the campaign, food prices are increasing at a double-digit rate. Bolsonaro’s welfare payments helped many Brazilians get by, but da Silva has been presenting himself as the candidate more willing to sustain aid going forward and raise the minimum wage.

Da Silva has also pledged to put a halt to illegal deforestation in the Amazon, and once again has prominent environmentalalist Marina Silva by his side, years after a public falling out when she was his environment minister. The president-elect has already pledged to install a ministry for Brazil’s orginal peoples, which will be run by an Indigenous person.

In April, he tapped center-right Geraldo Alckmin, a former rival, to be his running mate. It was another key part of an effort to create a broad, pro-democracy front to not just unseat Bolsonaro, but to make it easier to govern. Da Silva mended also has drawn support from Sen. Simone Tebet, a moderate who finished in third place in the election’s first round.

"If Lula manages to talk to voters who didn’t vote for him, which Bolsonaro never tried, and seeks negotiated solutions to the economic, social and political crisis we have, and links with other nations that were lost, then he could reconnect Brazil to a time in which people could disagree and still get some things done," Melo said.

Carla Bridi contributed to this report from Brasilia.