BROKEN ARROW, Okla. - Authorities in Oklahoma said the deaths of eight people, including six children, found in a house fire are being investigated as a murder-suicide, and both adults are being considered suspects.

The children, who ranged in age from 1 to 13, were the victims, Broken Arrow Police Chief Brandon Berryhill said Friday during a news conference. He did not provide their identities, or ages or explain their relationships to one another.

The causes of death remained under investigation. Berryhill said it doesn't appear that anyone died because of the fire, which was first reported around 4 p.m. local time on Thursday in the residential area of Broken Arrow, Oklahoma, located 13 miles southeast of Tulsa. 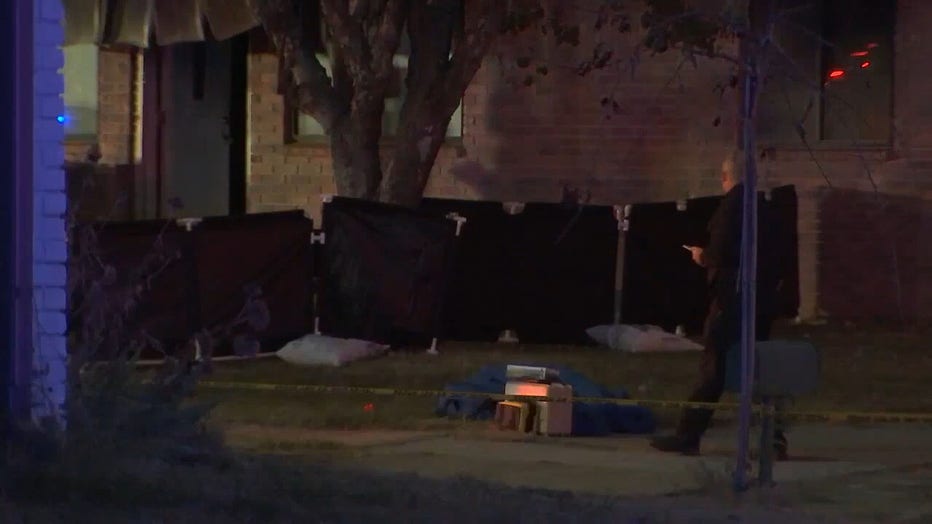 The scene is pictured after a house fire left eight people dead in Broken Arrow, Oklahoma, on Oct. 27, 2022. (Credit: KOKI-TV)

Guns were recovered from the home, the police chief said.

Crews who responded found two adults dead in the front of the house with injuries that "appeared to be criminal in nature," Moore said. The children were found dead in another area of the home, he said.

Catelin Powers said she was driving with her children nearby when she saw a column of smoke near her house, so she drove past to investigate.

"When I got closer to the house, I saw smoke pouring out from the very top of the house, which looked like maybe the attic," she told The Associated Press. 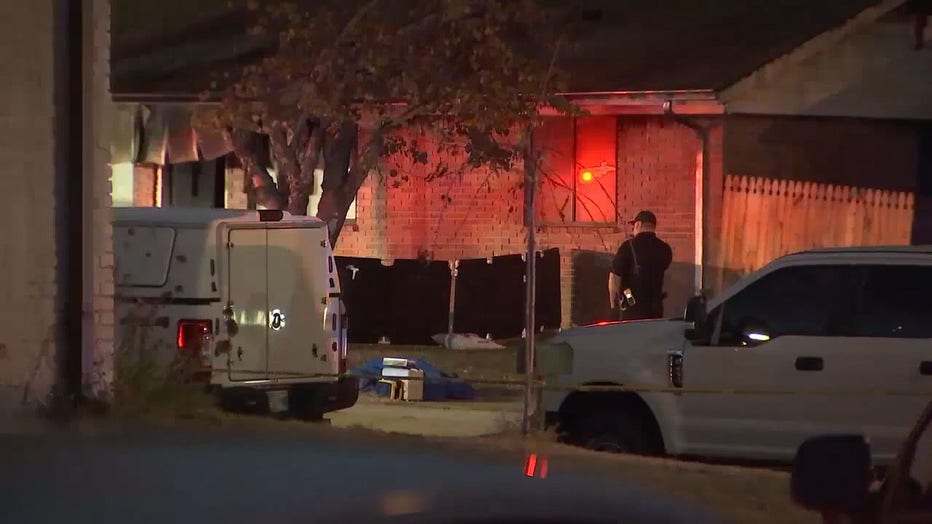 Authorities are pictured at the scene of a house fire that left eight people dead in Broken Arrow, Oklahoma, on Oct. 27, 2022. (Credit: KOKI-TV)

Two men and a woman on her phone were standing in front of the house, Powers said, when another man emerged from the front door dragging an apparently unconscious, unresponsive woman. "Her arms were flopped to her sides," she said.

"She was in either very short shorts or underwear and a tight shirt," Power said. She described the woman as having a tan complexion "and looked maybe to be mid-twenties."

Suspecting the woman was dead, Powers said she drove on so her children would be spared the sight.

"It's absolutely insane, and it’s crazy to know that it’s just down the street from my house," neighbor Taylon Price told FOX 25 in Oklahoma City. "It's very quiet, very peaceful, so for something like this to happen, it’s just insane."

The U.S. Bureau of Alcohol, Tobacco, Firearms, and Explosives was assisting in the investigation, he said.

CLICK HERE https://afsp.org/risk-factors-and-warning-signs for the warning signs and risk factors of suicide. Call 1-800-273-TALK for free and confidential emotional support.

RELATED: 'Person of interest' in deaths, dismemberment of 4 Oklahoma men arrested in Florida