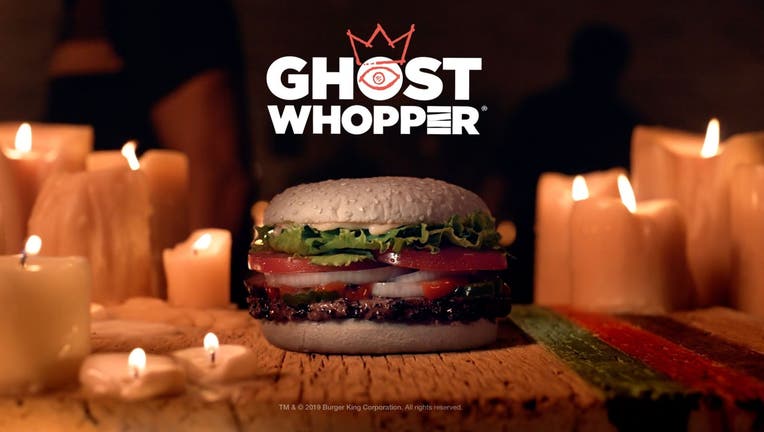 The fast-food chain announced on Monday the release of its new “Ghost Whopper,” which is assembled on a white, white-cheddar-flavored bun.

“Burger King is known for its crazy Halloween burgers and stunts, and this year the brand is taking things to the next level,” the chain wrote in a press release.

As part of its campaign for the new Ghost Whopper, Burger King hired a psychic named Riz Mirza — describing him as “a medium of international renown” — for an ad campaign in which he “channels” the spirits of the dead to taste-test the new offering.

“This is a very unusual experiment,” Mirza tells a group of (what appear to be) unsuspecting participants in the séance. “And I agreed to it because it would be very unusual.”

Mirza, who is very clearly in on the joke, then uses his body to channel the spirits, who use his body as a vessel to eat the Ghost Whoppers.

Unfortunately for most Burger King customers, a psychic medium might be the only way they’ll ever experience the Ghost Whopper. The new item will only be available for a limited time at 10 select locations in Detroit, Memphis, Philadelphia, Phoenix, San Antonio, San Diego, San Francisco, Savannah, Summerville, S.C., and New Orleans.