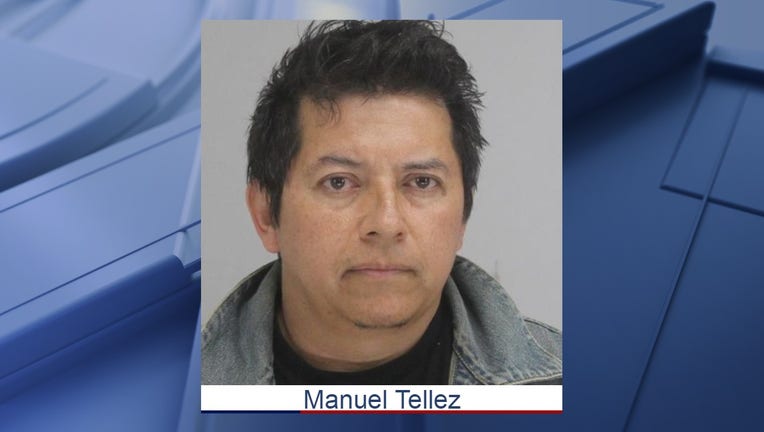 DALLAS - Dallas police have arrested a 45-year-old man accused of stabbing a man to death, before pouring gasoline on his body and setting it on fire.

Manuel Tellez was arrested Thursday for the murder of 52-year-old Anthony Moreno.

Moreno was killed Sunday morning, in an alleyway in the 1330 block of Kings Highway. Police found his burned body after being called to the scene just after 9:15 a.m.

Tellez then left the scene and changed clothes, before returning to pour gasoline on Moreno’s body and set it on fire, according to police.

Police took Tellez into custody and charged him with murder.