In an update given on the afternoon of May 16, Sheriff Barnes said Dr. John Cheng died a hero.

LAGUNA WOODS, Calif. - Officials in Orange County released new details about the suspected gunman who opened fire inside a church in Laguna Woods on Sunday afternoon, saying they believe the shooting was a "politically motivated hate incident."

"I will tell you that evil was in that church yesterday," Orange County District Attorney Todd Spitzer told reporters Monday.

The suspected gunman was identified by authorities Monday as 68-year-old David Chou, who is a resident of Las Vegas.  After he was detained at the scene Sunday, he was booked on one felony count of murder and five felony counts of attempted murder, according to the Orange County Sheriff's Office.

California church shooting victim 'sacrificed himself so that others could live'

Chou is eligible for life without the possibility of parole, or death, according to Spitzer, who said he was at the scene to assess "whether we pursue or seek death with respect to hate crimes."

Authorities said the attack was likely motivated by hate for Taiwanese people.

"There's a lot of evidence that absolutely at this point in time indicates that the suspect had an absolute bias against the Taiwanese people," Spitzer said.

Authorities said that Chou left notes in his vehicle that detailed his hatred for the Taiwanese community. Investigators believe his alleged hatred of Taiwan manifested when he was residing there in previous years, possibly in his youth.

"He was not well received while living there, according to what we believe we've collected so far. And that's manifested into this hatred that's combined with the political environment of his hatred of the Thai, not Taiwan, US people between the China and Taiwan, tensions that are currently occurring that answer your questions. That's part of the ongoing investigation," said Sheriff Don Barnes.

"What should have been a peaceful Sunday church reception turned into a tragic violent episode leaving a vibrant Taiwanese faith community in OC in unimaginable pain and experiencing unspeakable trauma. Although we don’t know at this point the motives of the shooter, who was also Asian American, what we do know is that the attacks against our communities must stop. We grieve with the family of the victim whose life was lost, and our hearts are with the 5 injured and hospitalized as a result of this senseless attack."

Chou allegedly opened fire during a lunch reception at Geneva Presbyterian Church, killing one person and wounding five older people before a pastor hit Chou on the head with a chair and parishioners hog-tied him with electrical cords.

The victim killed was identified as Dr. John Cheng, 52. Cheng was regarded as a hero during Monday morning's press conference, and authorities said he charged the gunman, sacrificing himself "so that others could live." 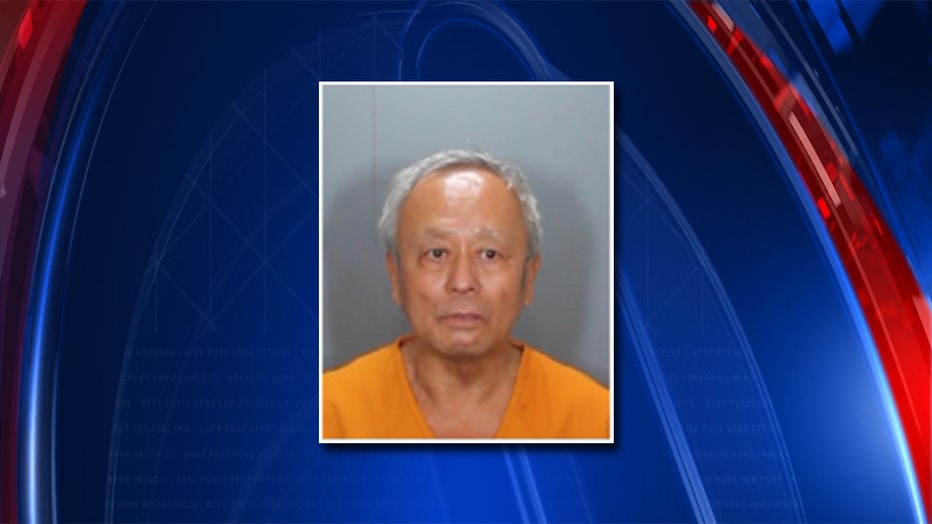 Sheriff's officials said that all the parishioners attending were Asian-Americans, ranging in age from sixty-six years old to 92 years old. 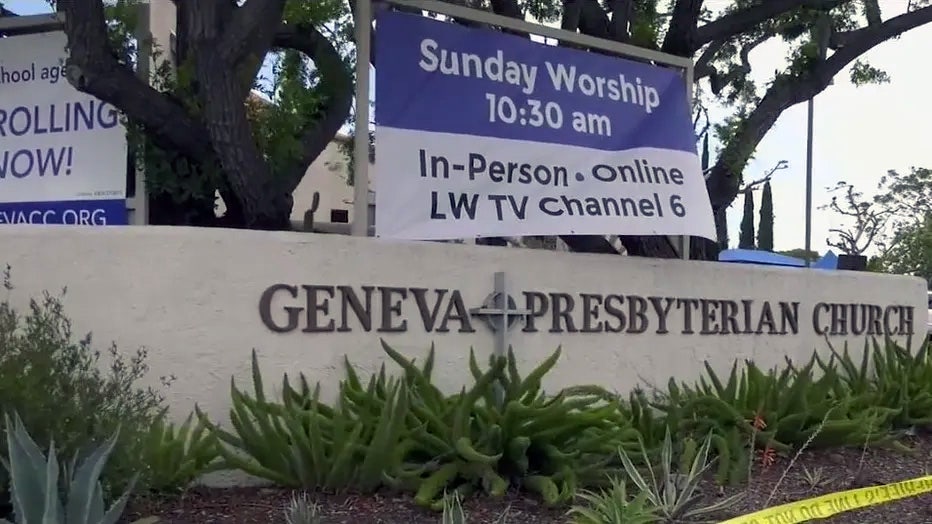 During Monday's press conference, Orange County officials said Chou immigrated to the US from China.

Investigators said Chou drove to Orange County on Saturday and was seen in the area around the church. He was not an attendee and does not have any known ties.

Homicide investigators said with the help of the Las Vegas Metropolitan Police Department, multiple search warrants were served at Chou’s Las Vegas home and a vehicle that was registered in his name in a parking lot. In addition to evidence collected from Chou’s car, police investigators found several bags inside the church containing magazines with additional ammunition for Molotov cocktail-like incendiary devices.

Evidence collected in Las Vegas includes electronic devices, as well as a cell phone left at the scene in Laguna Woods.

Authorities said Chou has lived in other states, including Texas, and he worked as a security guard. The preliminary investigation reveals he lived alone and only had one relative who also lived in the US—adding that Chou has a wife and son.

Sunday's shooting comes just one day after a man killed 10 people at a supermarket in Buffalo, NY, in what officials are investigating as a hate crime. Back in February, a man shot and killed five people including his daughters at a church in the Sacramento area.

According to the nonprofit research group Gun Violence Archive, Sunday's shooting at Geneva Presbyterian marks the 18th mass shooting in the state of California in 2022.

An online fundraiser created for the members of Geneva Presbyterian Church has raised more than $15,000 of its $100,000 goal thus far.

You can make a donation by tapping or clicking here.

LINK: Get updates on this story from FOXla.com