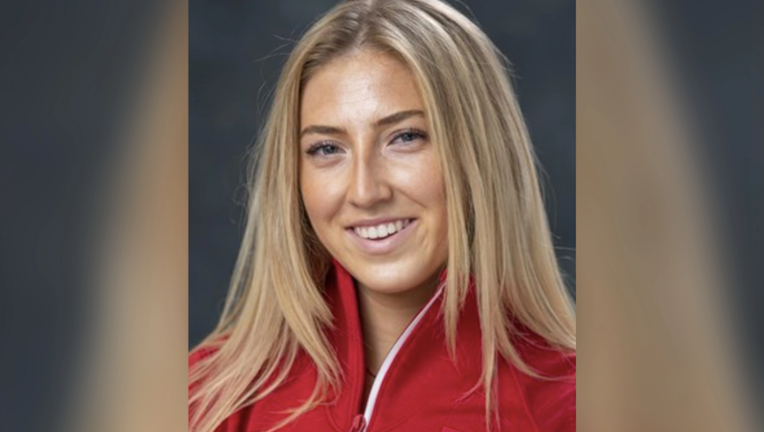 MADISON, Wis. - Sarah Shulze, a runner on the University of Wisconsin's track and cross country teams and former student-athlete in Ventura County, has died. She was 21.

Shulze's family announced on April 15 that she died by suicide two days earlier.

"Sarah took her own life," the family said. "Balancing athletics, academics and the demands of everyday life overwhelmed her in a single, desperate moment. Like you, we are shocked and grief stricken while holding on tightly to all that Sarah was."

"Above all other things, Sarah was a power for good in the world. Her deep compassion was evident in her devotion to her sisters Abbey and Ella, the love her parents felt from her every single day, and the extra care she took in moments shared with her grandparents and cousins."

Shulze was a junior from Ventura County, California who competed in cross country, indoor track and outdoor track. She earned academic all-Big Ten honors in 2020 and 2021 for cross country and in 2021 for track.

A 2019 graduate of Oak Park High, Shulze was a star distance runner at her high school. She was named Ventura County Athlete of the Year and earned a scholarship to Wisconsin in 2018.

Family members said she had been an intern at the Wisconsin legislature and volunteered as a poll worker during the 2020 presidential election.

"The Wisconsin Athletics community is heartbroken by the unexpected passing of Sarah Shulze," the university said. "We extend our deepest sympathies and sincere condolences to Sarah’s family, friends and Badger teammates during this extraordinarily difficult time."

"Anyone who knew Sarah knew that her lifelong passions extended beyond family and friends to the track," an obituary for Shulze read. "She began to make her mark as an athlete on her high school track and cross-country teams, competing throughout the country in National and State events. Her devotion and incredible talent for running would culminate in a scholarship opportunity to race for the University of Wisconsin at Madison, an ongoing source of pride for Sarah as she entered her third season with the team."

In an interview, Meyer's parents said they wondered if the pressure of Stanford and sports was too much. They revealed that their daughter faced a potential disciplinary action at Stanford.

"This is the only thing that we can come up with that triggered something," Meyer's mom said.

Daria Lucchesi, a sports coach and founder of coaching company ProTheory, as well as a former college lacrosse star at James Madison University, says too many college athletes shoulder their mental health struggles in silence.

"There's a lot of talk around mental performance but not mental health, and it makes it really hard to talk about it because sports are kind of like this aggressive culture," Lucchesi said.

"We need to peel back the layers, because I've seen teammates go through it, I've gone through it, and being an athlete is someone who you are, and not just something that you do.  But we need to flip that," Lucchesi added.

CLICK OR TAP HERE the warning signs and risk factors of suicide. Call 1-800-273-TALK for free and confidential emotional support.