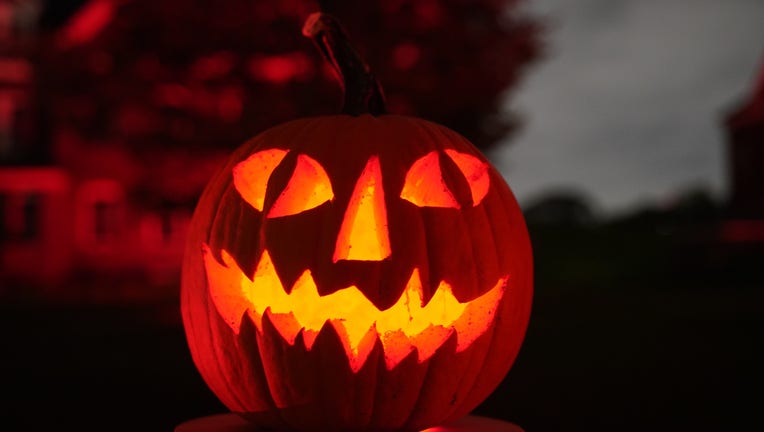 SAN DIEGO, Calif. - A man was hospitalized with major burn injuries after flames from a jack-o'-lantern lit his costume on fire and spread to the garage of his San Carlos home.

The fire was reported shortly before 8:45 p.m. Thursday at a home in the 6700 block of Clear Sky Trail in the San Carlos neighborhood, according to the San Diego Fire-Rescue Department.

Crews responded to the scene and knocked down the flames in the garage within 10 minutes, a fire dispatch supervisor said.

A man dressed up in a ghillie suit, a suit covered in leaves or straw meant to help snipers blend in with the wild, caught fire when a flame inside a jack-o'-lantern lit up his costume. The flames then spread to the garage.

Family members nearby helped extinguish the man's costume, but not before he suffered third-degree burns to the majority of his feet and legs.