The contest is open to muggles worldwide, and registrants can enter as many times as they want.

NORTH YORKSHIRE, England - Harry Potter fans have the chance to stay in Hagrid’s hut and experience the magical world of witchcraft and wizardry this Christmas.

The owners of a hut closely resembling Hagrid’s Hogwarts home, named the “Grounds Keeper Cottage” in Northern England, are giving away a seven night stay for up to six people from Dec. 22 to 29. 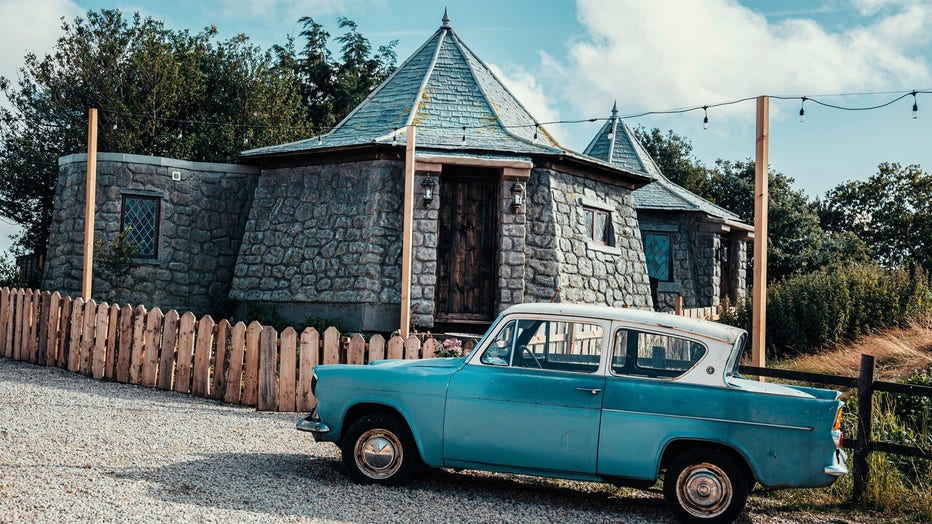 The lucky winner will also receive a meet and greet with a real snowy owl, an afternoon tea with Harry Potter and more. (Photo credit: North Shire)

The cottage is made up of three interlocking circular rooms, “with squat, medieval-looking turrets” and mismatched stained-glass windows as a nod to Hogwarts School of Witchcraft and Wizardry, according to the cottage’s website.

It’s located at North Shire on six acres of English countryside near the town of Saltburn-by-the-Sea. The owners are giving away the stay to raise money for the international charity Lumos, which was founded by author J.K. Rowling. Lumos aims to help the 8 million children in orphanages around the world be returned to their family or be placed in a loving home.

North Shire owner Carol Cavendish was an orphan herself and is a big fan of Rowling’s work, according to TODAY.

“It means a lot to me to help children find a forever family,” she told the website.

In addition to a week-long stay in a cozy cottage, the lucky winner will receive a meet and greet with a real Hedwig-type snowy owl, an enchanted afternoon tea with Harry Potter, a steam train ride at the Harry Potter Station in Goathland — and even presents delivered by Santa himself.

Those interested in a Christmas stay at Hagrid’s hut can enter by purchasing an entrance fee for 1 British pound (about $1.25) before Oct. 31. The contest is open to participants worldwide, and registrants can enter as many times as they want.