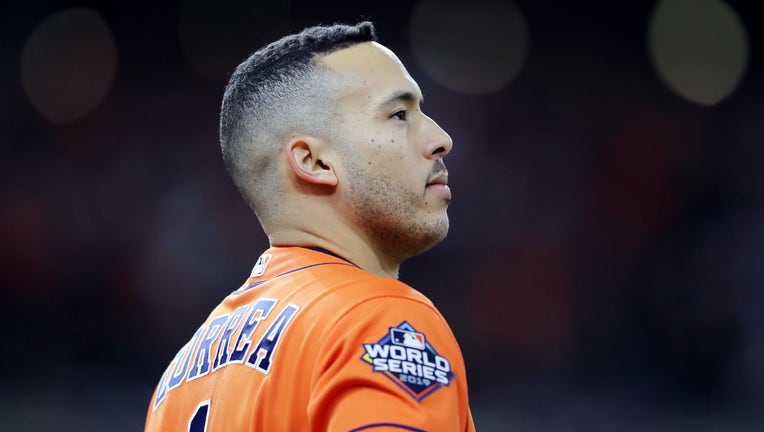 FILE PHOTO. Carlos Correa #1 of the Houston Astros during Game Seven of the 2019 World Series at Minute Maid Park on October 30, 2019 in Houston, Texas. ((Photo by Elsa/Getty Images))

“Scariest day! Woke up to the Bed shaking! Power went out! Everybody in the house yelling! Tsunami alert! Pray for PR,” he wrote in an Instagram story on Tuesday.

He also shared photos of the damage to buildings and items knocked off of grocery store shelves.

A 6.4-magnitude earthquake struck Puerto Rico before dawn on Tuesday, killing one man, injuring at least eight other people and collapsing buildings.

The quake was followed by a series of strong aftershocks, part of a 10-day series of temblors spawned by the grinding of tectonic plates along three faults beneath southern Puerto Rico. Seismologists say it's impossible to predict when the quakes will stop or whether they will get stronger.

The U.S. Geological Survey said the quake hit at 4:24 a.m. just south of the island at a shallow depth of six miles (10 kilometers). It initially gave the magnitude as 6.6 but later adjusted it. At 7:18 a.m., a magnitude-6.0 aftershock hit the same area. People reported strong shaking and staff at a local radio station said live on air that they were leaving their building

A tsunami alert was issued for Puerto Rico and the U.S. Virgin Islands after the initial quake, but was later canceled. 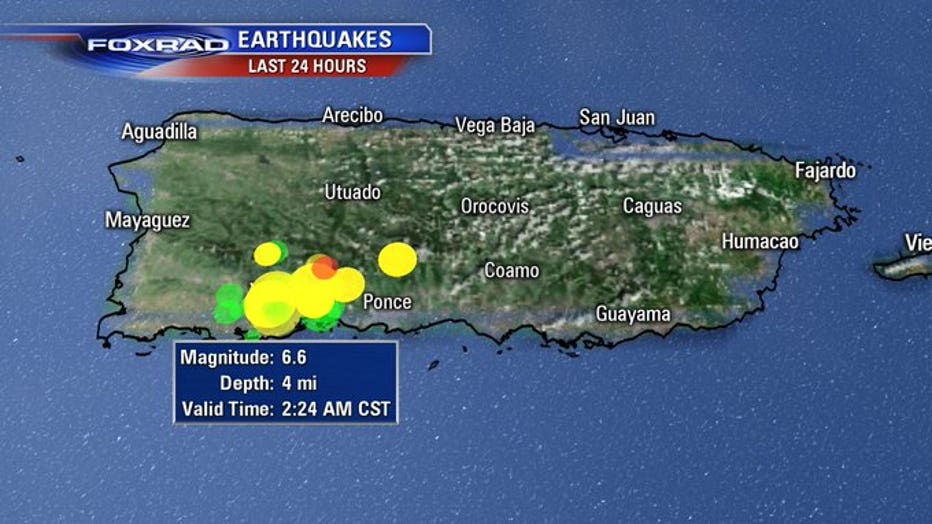 This story was reported from Houston, Texas. The Associated Press contributed to this report.