Carroll ISD rejects some 'In God We Trust' posters

School board members in one North Texas school district rejected an parent's offer to donate signs with the national motto -- 'In God We Trust.' Here's what they say was the reason behind the decision.

SOUTHLAKE, Texas - Trustees in the Carroll Independent School District in Southlake rejected a parent’s offer to donate "In God We Trust" signs. Some featured the national motto written in Arabic and others had a rainbow font.

The denial from the district comes just weeks after it accepted "In God We Trust" signs donated by a Christian conservative group. And the parent who wanted his signs displayed questioned why some were allowed, but his were not.

"I think it is kind of un-American to reject posters of our national motto," said Sravan Krishna. "You wouldn’t reject more money because it has our motto too, right?"

The school district said it declined the offer because it already has enough "In God We Trust" signs in its schools.

A state law passed last year said Texas school districts must hang posters with the national motto if they are privately donated.

The law does not require a specific font or language, and it does not put a limit on the number of signs that can be displayed. 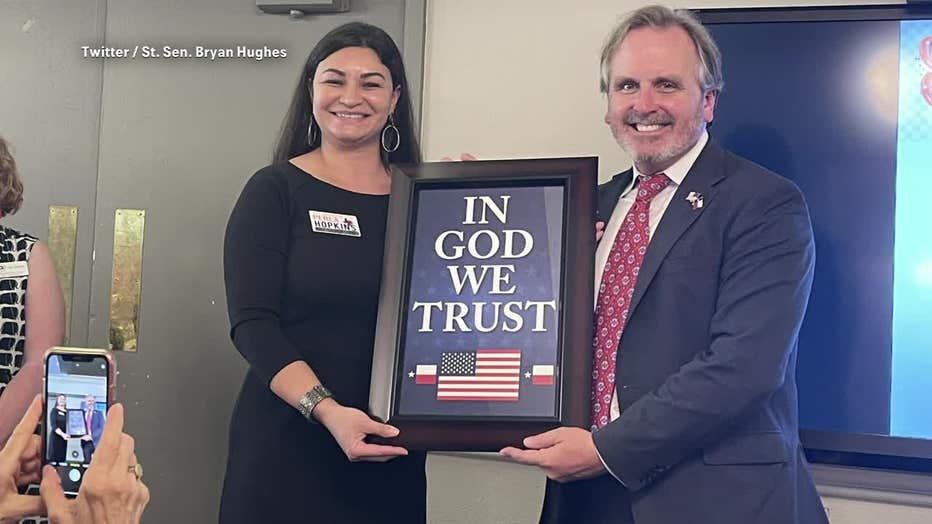 At Monday night’s meeting, the board also addressed a book controversy.

Carroll ISD deemed parts of a book written by the grandson of a slave inappropriate for 7th grade students, including those at a school named after him.

Author George Dawson witnessed the lynching of his friend when he was a child. He described it the first chapter of his book "Life Is So Good." 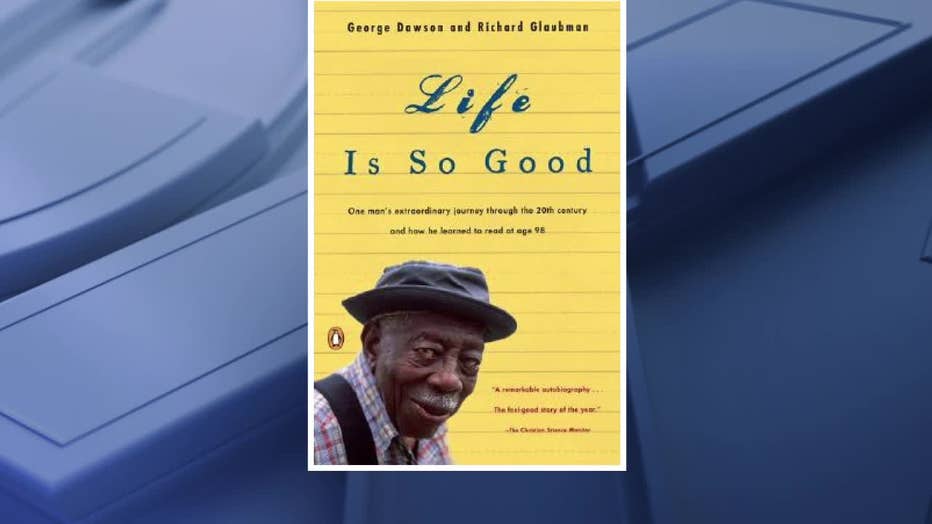 Dawson’s great-grandson urged the board to allow students to read all of it.

"As I hear that the discussion about the removal of a certain chapter that’s said in his memory is in debate, tt seems we have not moved past the Jim Crow laws," said Chris Irvin, Dawson’s great-grandson.

The Carroll ISD superintendent said he would ask the principal to include Irvin in discussions about how the book can be taught to 7th graders at George Dawson Middle School.

The NAACP filed a discrimination complaint to the U.S. Department of Education against Carroll ISD in February over the way students of color and LGBTQ students are treated.