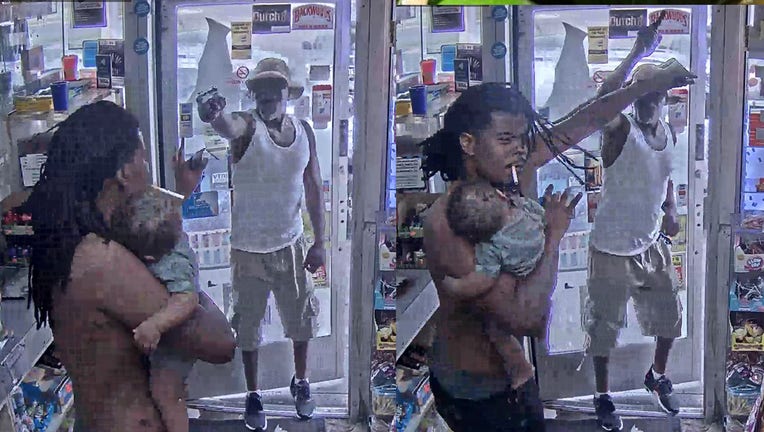 DETROIT (FOX 2) - Charges have been dismissed against a man who had been charged with pointing a gun at a Detroit man holding his son at a gas station last month.

Euric Butler was in court on Wednesday for a preliminary hearing for charges including felonious assault, firearm, and brandishing a gun in public after police said he pointed a gun at a man carrying his baby on June 23.

During Butler's preliminary hearing, however, the man carrying his baby didn't appear in court. Due to the lack of appearance, charges against Butler were dismissed.

According to police, Butler followed the 27-year-old father into the gas station after the two got into an argument about a block away from the gas station on Hubbell and Tireman.

The gas station is part of Project Green Light and surveillance video showed the suspect entering the gas station, racking the slide, and pointing it at the man.

The dad quickly slaps the gun away, while still holding his baby, and the suspect backs out of the gas station. Video showed him messing with the gun outside the store as if it had jammed in some way.

"We don't know if it was a malfunction or a stovepipe or some kind of way - fortunately it didn't go off," said Detroit Police Commander Michael Chambers.