Aftermath of wrong-way crash that killed pregnant woman, injured 3 others

A woman who was eight months pregnant was killed in a crash in Minneapolis Thursday night. Neighbors who witnessed the crash said they held the hands of the victims, including the mother who later died, until first responders arrived. Video credit: Justice Walton

MINNEAPOLIS (FOX 9) - According to charges filed Friday afternoon, the driver in a deadly wrong-way crash in Minneapolis admitted to using PCP before causing a five-car crash that took the life of a woman and her unknown child.

According to charges filed Friday afternoon, the driver in a deadly wrong-way crash in Minneapolis admitted to using PCP before causing a five-car crash that took the life of a woman and her unknown child.

Minneapolis police said they received multiple calls around 10:50 p.m. of a car crash on the 1300 block of Newton Avenue North in the Willard-Hay neighborhood.

When officers responded, they found several cars had crashed into each other and one minivan that had rolled over. Bystanders were providing comfort to two people trapped inside the minivan. 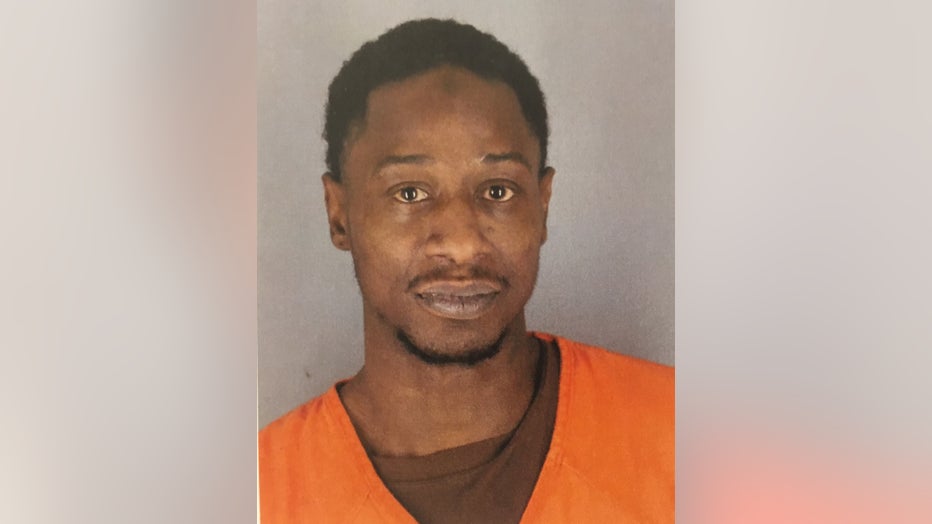 Mark Franklin Junior is facing charges for the deadly crash in Minneapolis that took the life of a mother and her unborn child.

The initial investigation indicates an SUV, driven by Franklin, was driving the wrong way on Newton Avenue, a one-way street. The SUV first hit a parked car on the 1400 block of Newton before continuing on. The SUV then drove onto the 1300 block of Newton where it hit the minivan and several other vehicles.

A pregnant woman in her 30s and another individual were in the minivan when it was struck. Family members have identified them as Uban Hussein and Tamam Kharow.

Emergency responders worked for nearly an hour to try and free Hussein from the minivan, but she died before responders could save her. Kharow also suffered serious injuries, officers say.

The driver of the minivan and the two occupants of the SUV suffered non-life threatening injuries.

“Words like senseless and tragic are really keywords that defined this incident," Minneapolis Police Department spokesperson John Elder said. "You have a woman who is dead in her thirties, eight months pregnant, and there’s an unborn child that’s passed as well because somebody was operating a vehicle in such a reckless manner possibly under the influence of narcotics. All of that is preventable."

Friday afternoon, charges revealed that Franklin spoke with officers and admitted to using PCP before driving his vehicle. Police were unable to conduct field sobriety tests, but did collect blood samples that have been sent to the BCA for analysis.

Franklin is being held on $1 million bail following the deadly crash.

Police are also reviewing video from the crash scene.

Greta Geren was the first to rush to the couple trapped inside as others on the block called 911. Family members tell us Ubah Hussein was in the passenger seat and Tamam Kharow was driving on their way home.

“He just kept telling me to help her,” explained Geren.

Geren held both their hands and prayed until first responders arrived.

“I just know my mom was in a horrible accident,” said Geren. “And someone held her hand and prayed for her. So it was important for me to stay with her until help arrived.”

For the next 45 minutes, witnesses watched as paramedics, firefighters, plus two doctors on the scene from HCMC worked feverishly to free Hussein from the minivan, but the injuries were too severe for both her and her unborn baby.