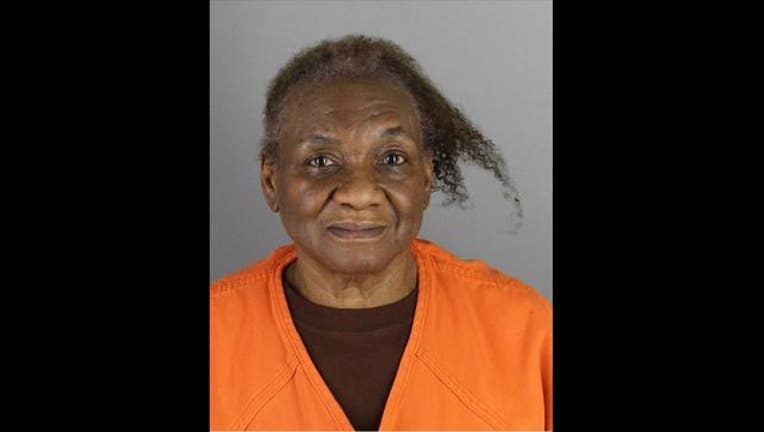 BROOKLYN CENTER, Minn. (KMSP) - A 75-year-old Minnesota grandmother is charged after allegedly shooting her grandson over an argument about a cup of tea.

Helen Lenoir Washington of Brooklyn Center, Minn. is charged with second degree assault. She faces up to seven years in prison and a $14,000 fine.

According to the criminal complaint, on Oct. 12 police responded to a report of a shooting at a home in the 5800 block of Camden Avenue North in Brooklyn Center. When officers arrived, they found a man in the front yard with a gunshot wound in his right thigh. He told police he got into an argument with his grandmother over where he set down a cup of tea and she later shot him.

Washington told an investigator she was angry at her grandson for putting a hot cup of tea on a wood table. She later admitted to shooting him, saying she aimed for his leg.

A witness told police the grandson had set down the tea cup on some furniture and refused to move it. Washington removed the cup, dumped it and left the room. The grandson then got another cup of tea and put it back on the furniture. The two started arguing again, ending with the grandmother shooting her grandson in the leg.

Police found a .38 special revolver at the home.

Washington was released from custody at the Hennepin County Jail on Oct. 16.