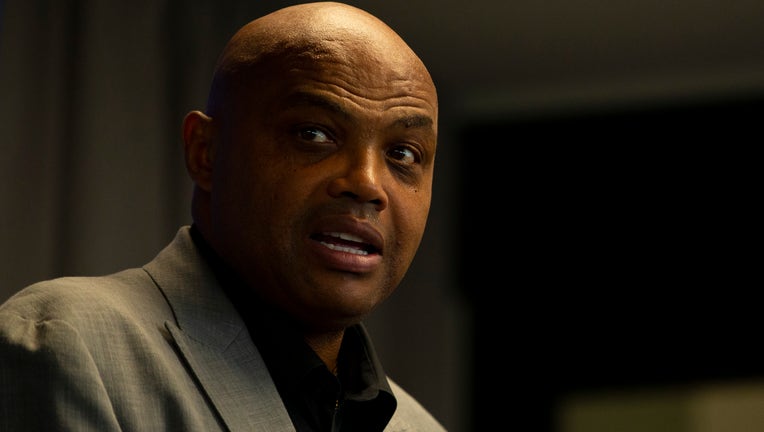 CAMDEN, NJ - SEPTEMBER 13: Charles Barkley speaks at the podium prior to his sculpture being unveiled at the Philadelphia 76ers training facility on September 13, 2019 in Camden, New Jersey. (Photo by Mitchell Leff/Getty Images)

(FOX NEWS) - Charles Barkley reacted to the Breonna Taylor indictment decision during a broadcast before an NBA playoff game on Thursday -- and also dismissed calls to defund the police.

Barkley said on the “NBA on TNT” broadcast that Taylor’s death cannot be put in the same category as those of George Floyd or Ahmaud Arbery. Floyd was killed while in police custody in Minneapolis and Arbery was fatally shot while jogging in Georgia.

“It’s bad this young lady lost her life,” Barkley said of Taylor. “But we do have to take into account that her boyfriend did shoot at the cops and shot a cop. So, like I say, even though I am really sorry she lost her life, I don’t think we can just say we can put this in the same situation as George Floyd and Ahmaud Arbery. I just don’t believe that.”

The former NBA All-Star went on to say that defunding the police was a bad idea.

“You know, I hear these fools on TV talking about ‘defund the police’ and things like that. We need police reform and prison reform and things like that. Because you know, who ain’t gonna defund the cops? White neighborhoods and rich neighborhoods. So that notion they keep saying that … I’m like, wait a minute. Who are Black people supposed to call -- Ghostbusters? -- when we have crime in our neighborhoods? We need police reform. Like I say, White people -- especially rich White people -- they’re always gonna have cops, so we need to stop that 'defund' or 'abolish the cops' crap,” he said.

Former Louisville police Officer Brett Hankison was indicted on three counts of wanton endangerment in the first degree, a Jefferson County grand jury announced Wednesday. The other two officers at the focal point of the investigation avoided charges. No officer was charged directly in Taylor’s death.

The indictment was announced 194 days after Taylor, 26, was shot six times by the officers who entered her home during a drug raid on March 13.

Authorities found that the bullets fired by Hankison traveled into the neighboring apartment while three residents were home – a male, a pregnant female and a child – Kentucky Attorney General Daniel Cameron said at a news conference after the grand jury's announcement.

Hankinson faces up to five years on each of three counts if convicted, Cameron said.