Chase from Central Texas ends with 2 dead in Fort Worth

A long chase from Central Texas ended with the suspect and an innocent driver dead in North Texas.

FORT WORTH, Texas - A long chase from Central Texas ended with the suspect and an innocent driver dead in North Texas.

Fort Worth police said the chase started Sunday night in Troy, located in Bell County. It went on for about 130 miles with state troopers and other law enforcement agencies following.

By the time it got to Fort Worth, the Toyota Prius was driving erratically. A man appeared to be holding the female driver at gunpoint.

The car crashed on Interstate 35W near downtown Fort Worth. That’s when police said the man shot the woman. 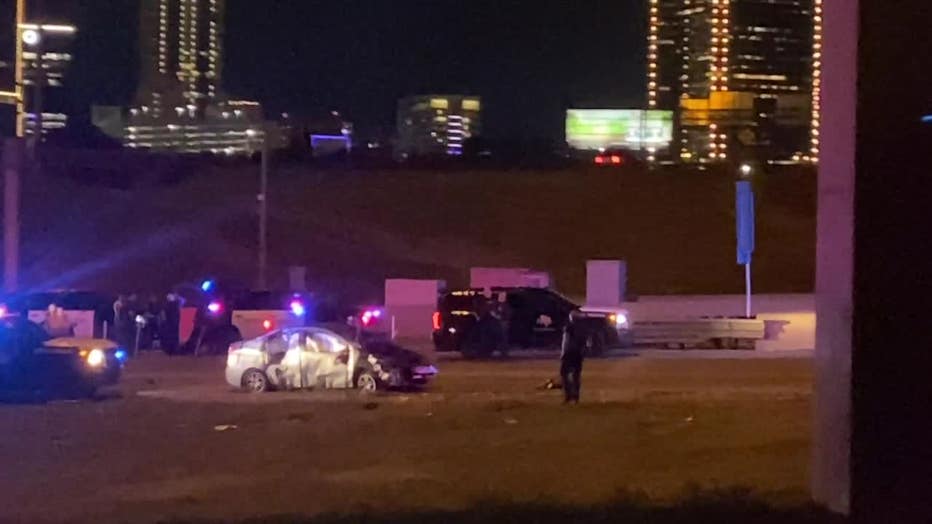 Police moved in to attempt to save the woman and at least one officer shot the suspect. Both ended up dying at the hospital.

Fort Worth’s police chief said the officers did all they could.

"Despite the danger and threat to themselves, they formulated a plan, and they acted. They did what they could to try to save that victim inside that vehicle, despite danger presented to themselves," Chief Neil Noakes said.

Tuesday, the Tarrant County Medical Examiner's office identified the suspect as 38-year-old J'Quinnton Hopson and the victim 31-year-old Shaelan Hill. Both have addresses in Austin.

Fort Worth police say detectives in Troy are working to find out more about how the incident started and the identities of the people involved.

Body camera video from the officers on scene is expected to be released on Tuesday.