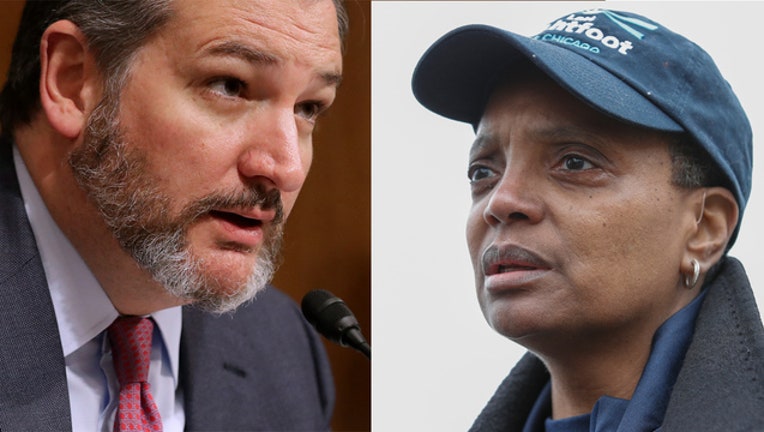 FOX NEWS - Chicago Mayor Lori Lightfoot clashed with Sen. Ted Cruz over the latest burst of gun violence in the city, claiming Monday that Chicago's decades-long crime problem is actually the fault of Republican-run states like Indiana – because they don't have "commonsense gun legislation" in place.

The retort came after Cruz, R-Texas, tweeted that "gun control doesn't work" and pointed to the Democrat-run city as evidence that "disarming law-abiding citizens isn't the answer." His tweet referenced an article reporting that at least 25 people were shot in Chicago during Labor Day weekend amid a continuing crime wave in the city.

"Stopping violent criminals—prosecuting & getting them off the street—BEFORE they commit more violent crimes is the most effective way to reduce murder rates," Cruz tweeted. "Let's protect our citizens."

"60 percent of illegal firearms recovered in Chicago come from outside IL—mostly from states dominated by coward Republicans like you who refuse to enact commonsense gun legislation," she tweeted.

"Keep our name out of your mouth," she said.

"When @tedcruz and the @gop dismiss common sense gun policies, they disrespect victims and their families, who deserve to live without pain and fear," she added.

The flashpoint comes amid a spate of mass shootings across the country, with Democrats increasing their calls for more sweeping forms of gun control.

Presidential hopeful Beto O'Rourke on Saturday gave a blunt answer when asked how he would address some gun owners' concerns that the government could be planning to take away their firearms.

"I want to be really clear that that's exactly what we are going to do," said the former Texas congressman. "Americans who own AR-15s, AK-47s, will have to sell them to the government."