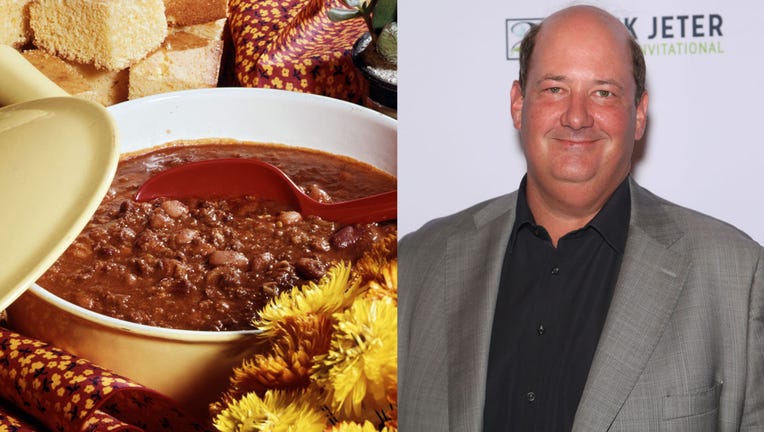 The brand known for its canned baked beans is now accepting applicants for a new role, called "Chili Commissioner," which comes with a $20,000 one-time "salary." Of course, the role is just a promotional title and the winner won’t actually be employed, but it does come with some perks.

As Chili Commissioner, the grand prize winner will also co-host Bush's SEC Championship game tailgate alongside "The Office" star Brian Baumgartner. Baumgartner, who played accountant Kevin Malone, had a famous chili moment in the NBC sitcom in which he lugged a huge pot of his chili into the office to share with co-workers — only to have it spill all over the floor.

Alongside Baumgartner, the winner will get to participate in a chili cook-off and collaborate on an official "Tailgate Chili of Champions" recipe. They’ll also receive two tickets and a two-night, all-expenses-paid trip for the winner and a guest to attend the SEC Championship game in Atlanta on Dec. 3, and get a year's supply of Bush's Chili Beans.

"As a self-proclaimed chili aficionado, I am excited to team up with Bush's new Chili Commissioner to share our love of chili and battle it out in a chili cook-off in December," Baumgartner, who also authored his own chili cookbook, said in a statement. "Chili is a longstanding gameday tradition that brings a sense of recipe rivalry. To the future Chili Commissioner, may the best recipe win."

How to enter to become Bush’s Chili Commissioner 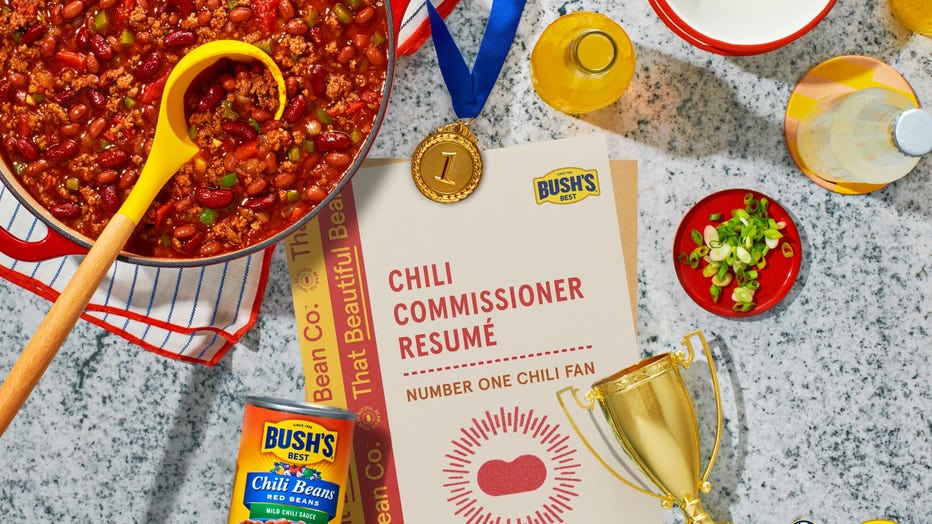 Bush's Beans is kicking off chili and football season with a nationwide search for the ultimate chili fan to be their first-ever "Chili Commissioner." (Credit: Provided)

The right person will be "dedicated to keeping the tailgate spirit alive and the chili flowing through a handful of designated responsibilities," Bush’s Beans said in a news release.

Those interested can enter to become the Chili Commissioner through Nov. 8 at bushschilicommissioner.com.

Applicants must complete the written application, which includes basic details and a few short-answer prompts like, "Tell us about your favorite chili recipe" and at a tailgate, "how do you pump up the crowd?" Of course, applicants will also have to share about their Bush’s Beans favorites too.

Rideshare driver travels to all 50 states to try local food, learn about America

Kreskin Torres, a 33-year-old Army veteran, kicked off his adventure in Los Angeles, California, and since then, he has visited 49 states. Soon, he will fly to Honolulu, Hawaii, and rent a car to achieve his 50-state milestone.

Lastly, they’ll need to submit a 15-second video explaining why they are the best fit for Bush's Chili Commissioner role.

RELATED: The McRib is coming back to McDonald’s, but for a 'farewell tour'