The fire department in Guangxi, China, posted drone footage they said showed the site of the China Eastern Airlines plane that crashed near Wuzhou on March 21, 2022. Credit: Guangxi Fire via Storyful

BEIJING - A China Eastern Boeing 737-800 with 132 people on board crashed in a remote mountainous area of southern China on Monday, officials said, setting off a forest fire visible from space in the country's worst air disaster in nearly a decade.

More than seven hours after communication was lost with the plane, there was still no word of survivors.

The Civil Aviation Administration of China said in a statement that the crash occurred near the city of Wuzhou in the Guangxi region. The flight was traveling from Kunming in the southwestern province of Yunnan to the industrial center of Guangzhou along the east coast, it added.

China Eastern flight 5735 had been traveling 455 knots (523 mph, 842 kph) at around 30,000 feet when it entered a steep dive around 2:20 p.m. local time, according to data from flight-tracking website FlightRadar24.com. The plane stopped transmitting data 96 seconds later. 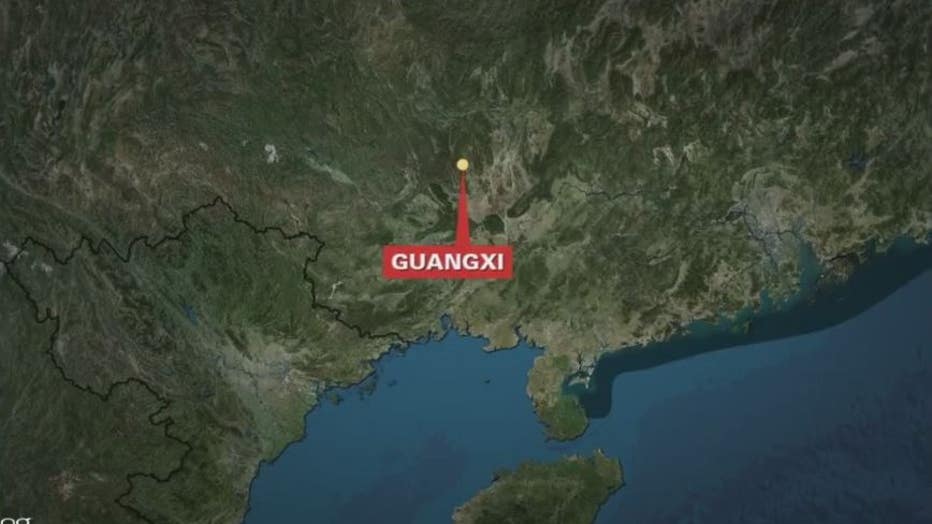 The Civil Aviation Administration of China said in a statement the crash occurred near the city of Wuzhou in Teng county. The flight was traveling from Kunming in the western province of Yunnan to the industrial center of Guangzhou along the east coa

Local villagers were first to arrive at the forested area where the plane went down and sparked a blaze big enough to be seen on NASA satellite images. Hundreds of rescue workers were swiftly dispatched from Guangxi and neighboring Guangdong province.

The plane was carrying 123 passengers and nine crew members, the CAAC said, correcting earlier reports that 133 people had been on board.

Chinese President Xi Jinping called for an "all-out effort" by the rescue operation, as well as for an investigation into the crash and to ensure complete civil aviation safety.

State media reported all 737-800s in China Eastern’s fleet were ordered grounded. Aviation experts said it is unusual to ground an entire fleet of planes unless there is evidence of a problem with the model.

A China Eastern Boeing 737-800 with 132 people on board crashed in the southern province of Guangxi, according to officials said. There was no immediate word on numbers of dead and injured. The plane was carrying 123 passengers and nine crew members. The flight was traveling from Kunming in the western province of Yunnan to the industrial center of Guangzhou along the east coast.

Boeing 737-800s have been flying since 1998, and Boeing has sold more than 5,100 of them. They have been involved in 22 accidents that totaled the planes and killed 612 people, according to data compiled by the Aviation Safety Network, an arm of the Flight Safety Foundation.

"There are thousands of them around the world. It’s certainly had an excellent safety record," the foundation’s president, Hassan Shahidi, said of the 737-800.

China’s air-safety record has improved since the 1990s as air travel has grown dramatically with the rise of a burgeoning middle class. Before Monday, the last fatal crash of a Chinese airliner occurred in August 2010, when an Embraer ERJ 190-100 operated by Henan Airlines hit the ground short of the runway in the northeastern city of Yichun and caught fire. All 44 people on board were killed. Investigators blamed pilot error.

Aviation experts said they expect that China will ask the U.S. National Transportation Safety Board for help, although a safety board spokesman said Monday that had not happened yet. The U.S. Federal Aviation Administration, which certified the 737-800 in the 1990s, said it was ready to help in the investigation if asked.

Crash investigations are usually led by officials in the country where the crash occurred, but they typically include the airplane’s manufacturer and the investigator or regulator in the manufacturer’s home country.

Shahidi said he expects investigators to comb through the maintenance history of the plane and its engines, the training and records of the pilots, air traffic control discussions and other topics. 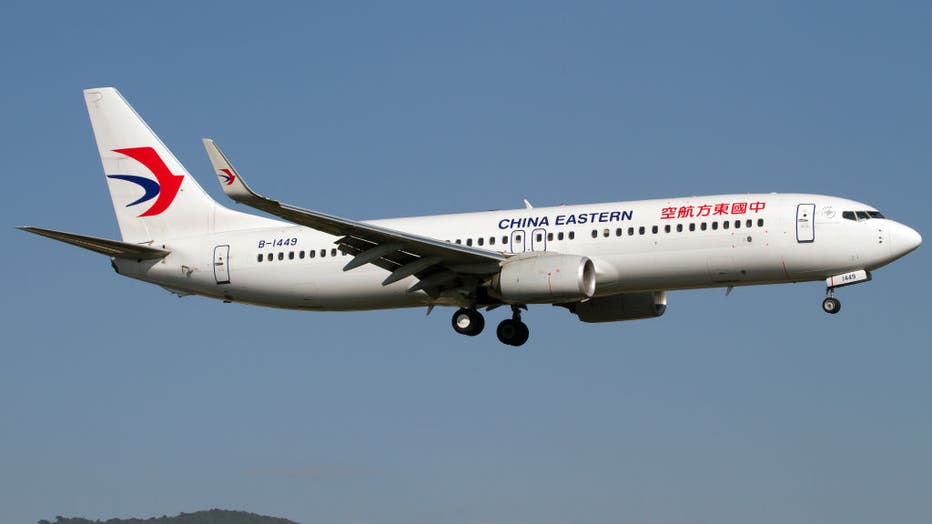 Chicago-based Boeing Co. said it was aware of reports of the crash and was trying to gather more information. Boeing shares fell more than 4% in afternoon trading in New York.

Headquartered in Shanghai, China Eastern is one of the country’s top three airlines, operating scores of domestic and international routes serving 248 destinations.

The aircraft was delivered to the airliner from Boeing in June 2015 and had been flying for more than six years. China Eastern Airlines uses the Boeing 737-800 as a workhorse of its fleet — the airline has more than 600 planes, and 109 are Boeing 737-800s.

The CAAC and China Eastern both said they had sent officials to the crash site in accordance with emergency measures.

China Eastern online made its website have a black-and-white homepage after the crash.

The accident quickly became a leading topic on China’s Twitter-like Weibo platform, with 1.34 billion views and 690,000 discussions. Many posts expressed condolences to the families of victims, while others questioned the planes’ safety.

The twin-engine, single-aisle Boeing 737 in various versions has been flying for more than 50 years and is one of the world’s most popular planes for short and medium-haul flights.

The 737 Max, a later version, was grounded worldwide for nearly two years after two crashes in 2018 and 2019 killed 346 people. China’s aviation regulator cleared the Max to return to service late last year, making the country the last major market to do so.

The deadliest crash involving a Boeing 737-800 came in January 2020, when Iran’s paramilitary Revolutionary Guard accidentally shot down a Ukraine International Airlines flight, killing all 176 people on board.