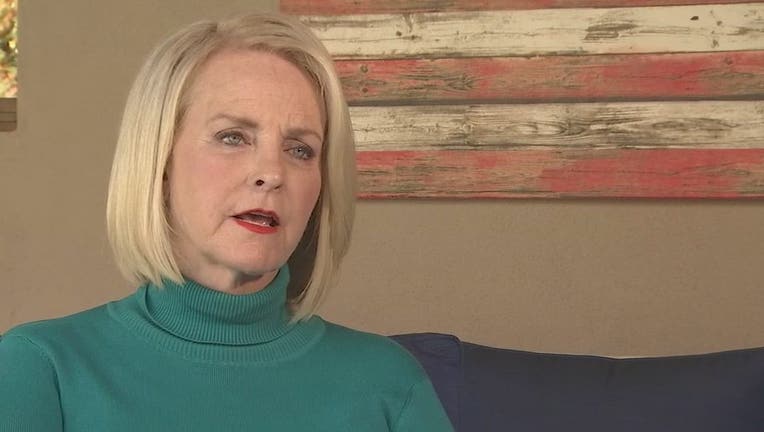 Cindy McCain, the widow of Republican Sen. John McCain, will advise Democrat Joe Biden’s presidential transition team as it prepares for him to take office if he wins in November, the team announced Sept. 28.

PHOENIX - Cindy McCain, the widow of Republican Sen. John McCain, will advise Democrat Joe Biden’s presidential transition team as it prepares for him to take office if he wins in November, the team announced Sept. 28.

McCain is the second Republican on the 16-member transition advisory board, joining Bob McDonald, the former Procter & Gamble Co. chief executive who headed the Department of Veterans Affairs under President Barack Obama.

Biden has reached out extensively to Republicans disaffected with President Donald Trump. McCain, whose husband was the 2008 GOP presidential nominee, last week endorsed Biden and urged other conservative women to follow suit, saying, “Biden is by far the best candidate in the race.”

The wife of the late GOP Arizona Senator, John McCain, sits down with FOX 10's Brian Webb to talk about her decision.

As required by law, Biden’s transition team is preparing for a smooth transfer of power should Biden win the presidency. The teams typically line up candidates for key appointments and prepare to implement policies early in the new president’s administration. Biden’s team says it is focused especially on the pandemic and its economic fallout.

Ted Kaufman, one of five co-chairs of Biden’s transition team, cited McCain’s experience in business and philanthropy and her advocacy for women and children.

“This transition is like no other, preparing amid the backdrop of a global health crisis and struggling economy,” Kaufman, a longtime Biden aide who was appointed to fill his Senate seat when he was elected vice president, said in a statement.

Biden’s transition team this month signed a lease for office space with Trump’s General Services Administration. Formal federal support for presidential transition teams was first put into practice in 2012 in an effort to ensure presidential candidates are prepared to assume the White House should they win the election.