A group of climbers who tackled the Klyuchevskoy volcano in Siberia recently were rewarded for their efforts by the presence of an active new cinder cone.

A group of climbers braved the active volcano and captured mesmerizing video of a new cinder core.

Cinder cones are "are large mounds that develop around volcanic vents, made up of tiny pieces of falling lava that get distributed during an eruption," according to the National Park Service.

Footage from March 8 showed ash and steam billowing from the opening as the climbers stood a safe distance away. 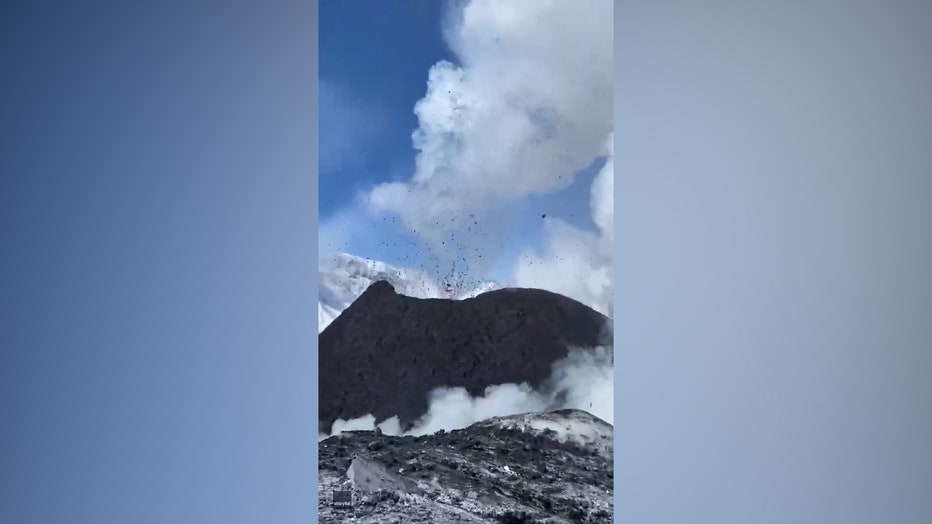 Later in the video, Boris Smirnov, one of the climbers who trekked Klyuchevskoy, prodded a piece of hot ash that landed nearby with his hiking pole and actually reignited the ash.

Smirnov and his team embarked on a four-day ascent after reading reports about the formation of the new cinder cone.

"We were the second group to get there, and the first who spent the night. The lava was very hot, it had not cooled down yet, so it was not possible to climb up the cone," Smirnov said.

Klyuchevskoy, at 4,750 meters, is the highest active volcano of Eurasia.