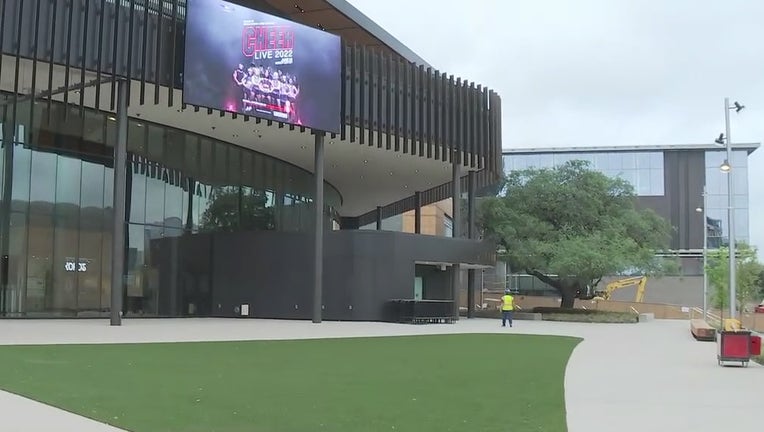 Moody Center to host the CMT Music Awards in April 2023.

AUSTIN, Texas - The Country Music Television, or CMT, Music Awards will air live from the Moody Center on Sunday, April 2, 2023.

Country superstar Kelsea Ballerini will return as co-host for the third consecutive year.

She announced that Carrie Underwood will be the first performer during a surprise on-stage moment during Underwood's sold-out stop in Austin on "The Denim & Rhinestones Tour."

Underwood is the winningest artist in CMT history with a total of 25 trophies.

"Our fans are in for an unforgettable night of music with plenty of surprises, as the Live Music Capital meets Music City for the first time ever on a national stage in what will be a true country music extravaganza," shared Margaret Comeaux, John Hamlin, Leslie Fram and Jason Owen, Executive Producers, CMT Music Awards.