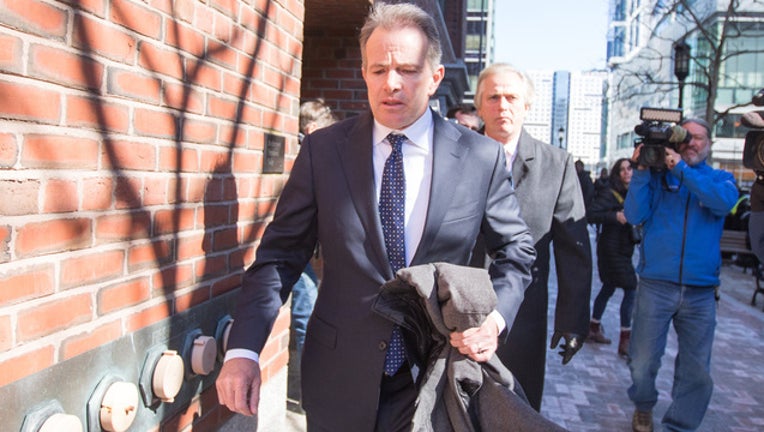 BOSTON (AP) - A dozen athletic coaches, test administrators and others have pleaded not guilty to participating in a nationwide college admissions scam.

The defendants arrested in the Operation Varsity Blues investigation were arraigned in Boston's federal court on Monday.

An attorney for Ferguson told reporters his client is innocent and "does not belong in this indictment."

The coaches are charged with accepting bribes in exchange for helping students get into school by pretending they were athletic recruits.

Hollywood stars Felicity Huffman and Lori Loughlin and other prominent parents charged with bribing coaches and arranging ways to cheat on their children's entrance exams are due in court on later dates.