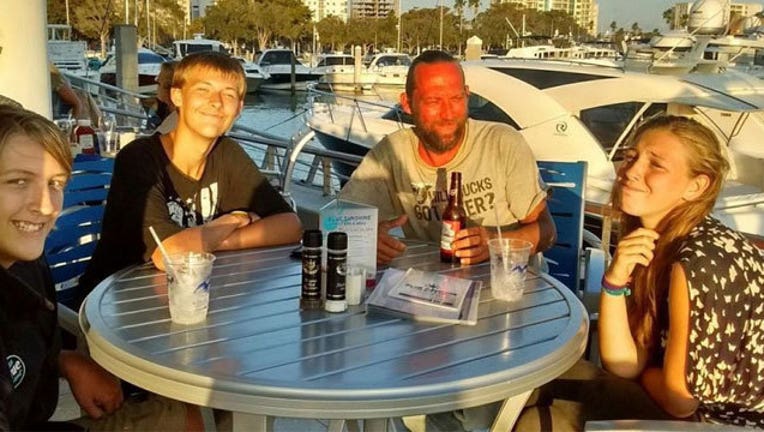 ST. PETERSBURG, Fla. (AP) — The Coast Guard on Saturday suspended the search for a Florida family last seen on a sailboat in the Gulf of Mexico.

Ace Kimberly and his three teenage children were last in contact on Sunday while sailing from Sarasota to Fort Myers for repairs to the vessel they lived on in Sarasota Bay.

"Rebecca had a life jacket on but Ace, the father, did not," Case said.

Along with the two bodies, crews also recovered a sailboat mast, six life jackets and a bucket of items belonging to the family, including birth certificates, a GPS, wallet, cellphone and cigarettes.

The bodies and the debris were found within a few miles of each other, in a five-day search that covered 34,000 square nautical miles, Case said.

The Coast Guard launched search-and-rescue efforts Tuesday after Kimberly's brother reported them missing. Kimberly requested a weather report and said he was sailing in 6-foot seas off Englewood when the brothers last spoke on Sunday.

"He did the best he could when he knew that or thought or had a feeling that they might be in danger," Case said, adding that Kimberly's brother hadn't been given an itinerary or other details about the family's voyage.

The Florida Fish and Wildlife Conservation Commission will evaluate all the debris as part of an accident investigation. It remains unclear whether the boat sank where the debris was found, or if the family had to abandon ship.

"It's difficult when you don't find everything, you don't have anyone left to ask," Case said.