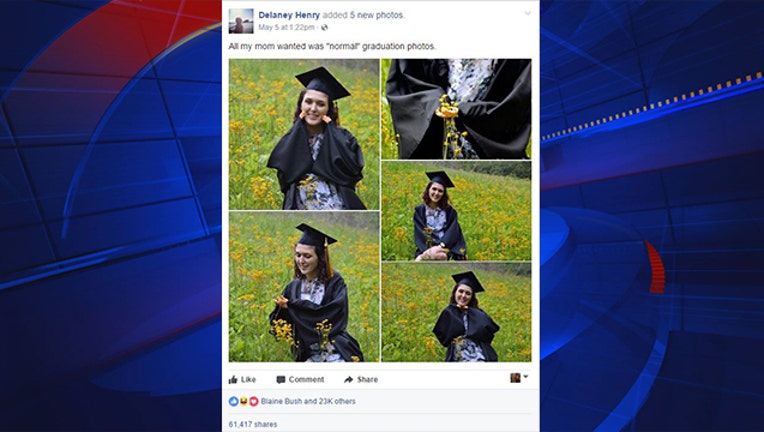 (FOX 46) - Graduation pictures are meant to be shared with friends and family, but a North Carolina college student's graduation photos have been shared so many times they're going viral.

Delaney Henry posted five photos of herself dressed in her cap and gown while in a field with the status, "All my mom wanted was 'normal' graduation photos."

At first glance, you may miss the small detail that sets Delaney's photos apart. But a closer look at her hands explains the more than 26,000 comments blowing up the post.

Delaney's "normal" hands have been replaced by "baby hands."

It's clear that the hands cupping wild flowers in one picture are in fact fake based on some of the college graduate's other pictures.

According to Facebook, Delaney attends or attended Appalachian State University.

Many of the comments on the post reference the Saturday Night Live skit with Kristen Wiig (Don't know about the skit, no problem. You can view it here). 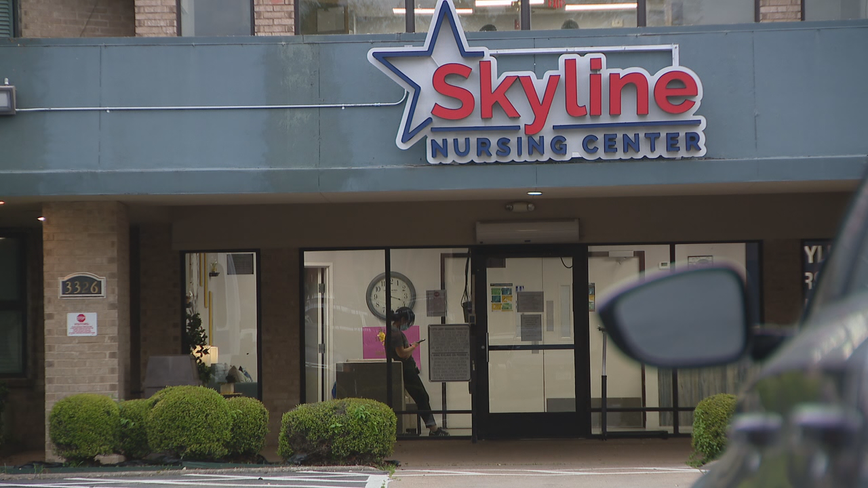