A Colombian woman who had fallen off the grid two years ago was miraculously discovered alive at sea by flabbergasted fishermen. (Credit: Rolando Visbal via Storyful)

PUERTO COLOMBIA, Colombia - Fisherman off the coast of Colombia thought they’d spotted a log in the distance on Sept. 26.

They quickly realized it was a person once the woman raised her arms.

Rolando Visbal, one of the fishermen, called out to her in English and Spanish. But she’d been in the cold water too long to respond.

Once she received medical treatment at a hospital, she identified herself as 46-year-old Angelica Gaitan, a woman who had been missing for two years. 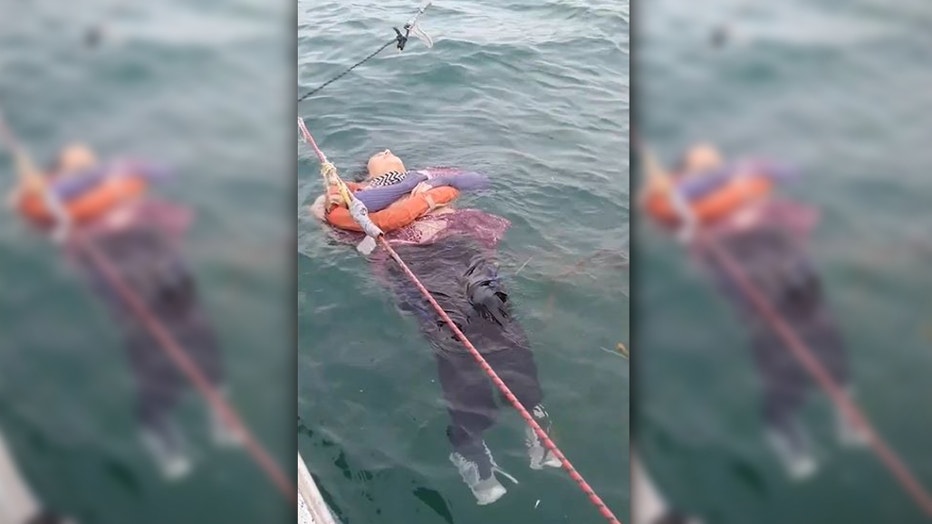 A Colombian woman who had fallen off the grid two years ago was miraculously discovered alive at sea by fishermen. (Credit: Rolando Visbal via Storyful)

According to La Libertad, she escaped an abusive relationship in September 2018 and wandered the streets for six months before looking for help at a women’s center in Barranquilla.

The shelter provided her protection from her ex-partner. But on Sept. 25, Gaitan learned her former partner no longer lived in the area, so she’d have to leave.

At that point, Gaitan decided to end her life.

"Being on the seashore I found myself alone and in solitude; I decided to jump into the sea and let it take me," she told local media. "I just had to hope this nightmare would soon be over."

Gaitan floated in the ocean for hours, but she said she has no memory of it.

She’s grateful to have been rescued, hoping to make the best of her second chance at life.

"I feel like I was born again, thank God. If I had had an opportunity or help I would not make that decision. Now I am very grateful because God gave me a new opportunity to move forward," Gaitan explained.