PHOENIX - The Commemorative Air Force Airbase Arizona held a historic flyover in the Phoenix, Mesa and Glendale areas on May 8 in a salute to Arizonans fighting the COVID-19 pandemic. 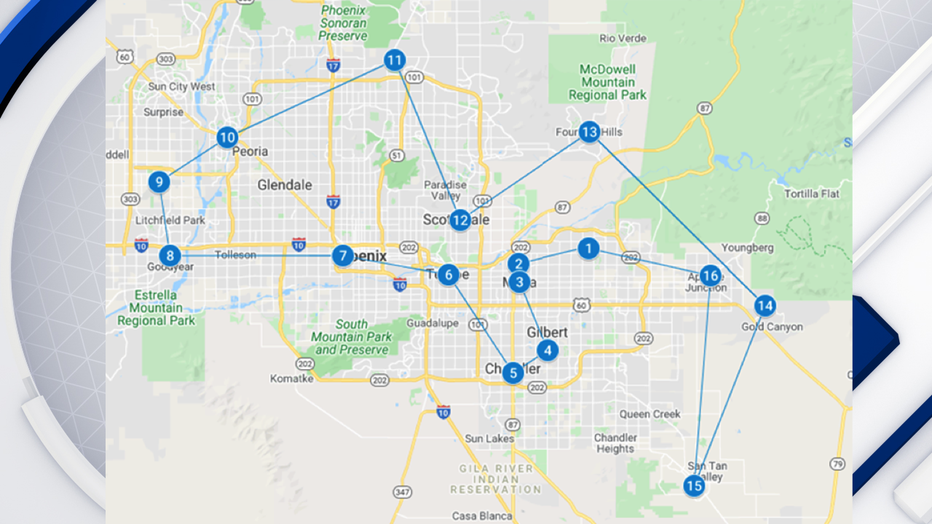 The flight commemorated the 75th anniversary of the end of World War II, a period officials describe as "another time period in our history when Arizonans stepped up with strength and resilience."

The flyover featured a B-17 Flying Fortress, a B-25 Mitchell Bomber and a C-47 Skytrain - all aircraft that flew in WWII.

The flight started at 8:20 a.m. on May 8 from their airbase at Falcon Field in Mesa, then headed to central Mesa, Tempe, Phoenix and the West Valley, Scottsdale, Fountain Hills and Gold Canyon before heading back to base.

Officials say that these aircraft may also be featured in the National Arsenal of Democracy flyover in Washington, D.C. on Sept. 25 if conditions allow.

The Commemorative Air Force Airbase Arizona has been operating in Mesa for over 40 years, and is meant to preserve combat aircraft while educating the public about military aviation history.

This comes a week after Luke Air Force Base and the Arizona Air National Guard held a special flyover over the Valley to honor COVID-19 frontline workers.

Arizona's coronavirus frontline workers and first responders were honored with a special military flyover on Friday.