Community rallies behind Austin skate shop amid talks of demolition

The owner of No-Comply skate shop was unaware that a demolition permit had been filed until the Historical Landmark Commission Review posted a sign outside their building.

AUSTIN, Texas - Tucked between West 12th and Shoal Creek Blvd. in Downtown Austin sits a mecca for an Austin subculture.

For regulars at Heath Eiland and Morgan Moss BMX Skate Park, like Grant Harris, skating is more than a pastime, it’s a lifestyle.

"This was the main reason I moved here [to Austin], the park, the shop, I knew it was a great skate scene," said Harris. "They are a lifeblood just fueling this place with enthusiasm and excitement and a sense of community,"

The shop he referred to is called No-Comply, located just up the road. The store is aptly named with an unassuming outside. But inside exists a one-stop-shop to buy coffee, get wheels and hang out. 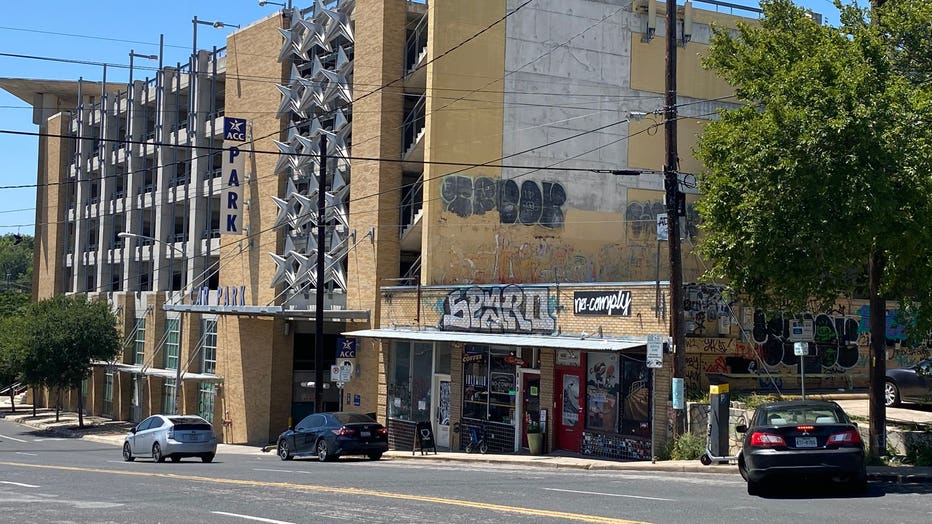 Tucked between West 12th and Shoal Creek Blvd. sits a mecca for an Austin subculture.

"It’s basically our home, it's where everyone got their first skateboard," said Igna, a local skateboarder. "The Austin skate scene wouldn't be nothing without No-Comply."

The shop has done more than just serve skaters, though that’s a big part. The owner also frequently partners with local charities and nonprofits to fundraise for the community.

"We see the community as a whole, whether they're skateboarders or not," said owner Elias Bingham.

"I’ve lived in a bunch of places all over the country and being a skateboarder and having a shop that cares about you and cares about the community is incredibly important and No-Comply checks all those boxes," said Harris.

However, after fourteen years at its location on W. 12th, the shop’s future is unknown.

Last week, an employee noticed a sign posted outside their building by the Historic Landmark Commission Review. Owner Elias Bingham made some calls and learned that a permit had been filed for demolition months ago.

According to Bingham, Austin Community College owns the property his shop sits on and wants to build a parking garage there.

"It’s hard to ask for help, but this is a community issue," said Bingham. "If we meant more to them than just a business, we asked people, please tell the city."

Bingham posted on their social media accounts and asked the community to send in emails over the weekend ahead of a public hearing scheduled for 6 p.m. on Monday, July 25.

According to the City of Austin’s website, prior to demolition "residential structures over 40 years old require review by the Historic Preservation Office in the Planning and Zoning Department, and possibly the Historic Landmark Commission."

Data from the Austin History Center dates back to the 40s, showing that No-Comply’s building has previously been home to a beauty salon, a paint and wallpaper store and an ice cream parlor.

Bingham said the response he’s gotten from the community ahead of the hearing is overwhelming.

Austin-based skateboarder Brighton Zeuner, who is currently competing in Tokyo at the Olympic Games for skateboarding’s debut, wrote a letter in support saying:

My name is Brighton Zeuner and I write to you just 4 days before I head to Tokyo to represent you and the US in the Olympics in skateboarding.

Austin’s No Comply Skate Shop has been special to me since my first X Games in Austin in 2016.  I was eleven years old and the people of No Comply welcomed me with open arms, as they do everyone who visits.

My parents relocated to Austin and I’ve loved getting to know the crew in what they’ve maintained as an awesome "safe space" for all who enter.  It’s one of a small, elite group of skate shops - in the world - that companies like Adidas and Nike seek guidance from for new products and they also they do a lot for the local community, such as supply and food drives and fundraising for the vulnerable.

We split our time in Austin and Southern California but I consider No Comply my home skate shop.  It even has an espresso bar that my parents like to visit.

Will you please let No Comply stay where it is, so more people can benefit from being a part of this historical Austin staple?

Thanks in advance,
Brighton Zeuner 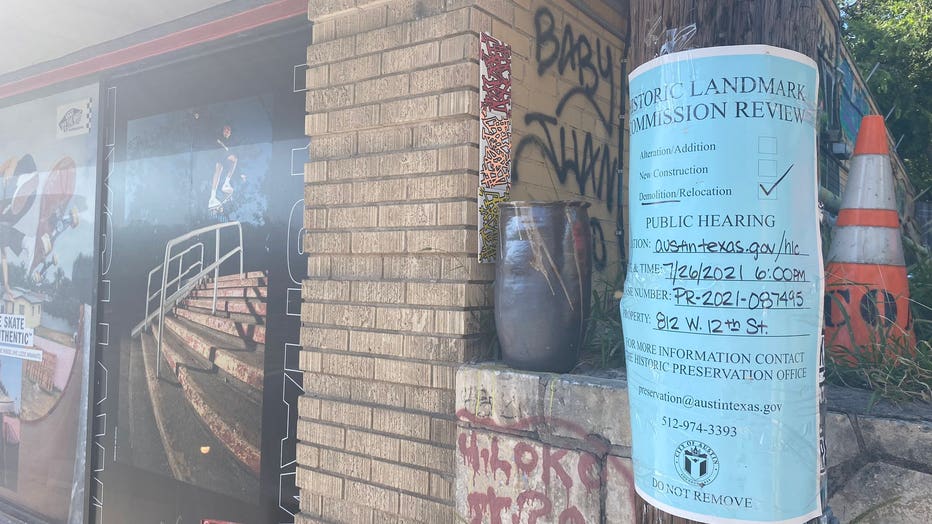 Last week, an employee noticed a sign posted outside their building by the Historic Landmark Commission Review. Owner Elias Bingham made some calls and learned that a permit had been filed for demolition months ago.

"We know that the city knows we exist as a business, they accept our taxes, but I don’t think they know we exist as part of the community here and that’s what we’re asking for," said Bingham. "We want them to know and help us preserve what we have going on and that's all we're asking, we're just asking for at least some time to find a place, that's at the very minimum."

FOX 7 reached out to the City of Austin on Sunday and did not hear back.

A spokesperson for ACC on Sunday told FOX 7 that a representative was not available to comment but an update would be provided on Monday.