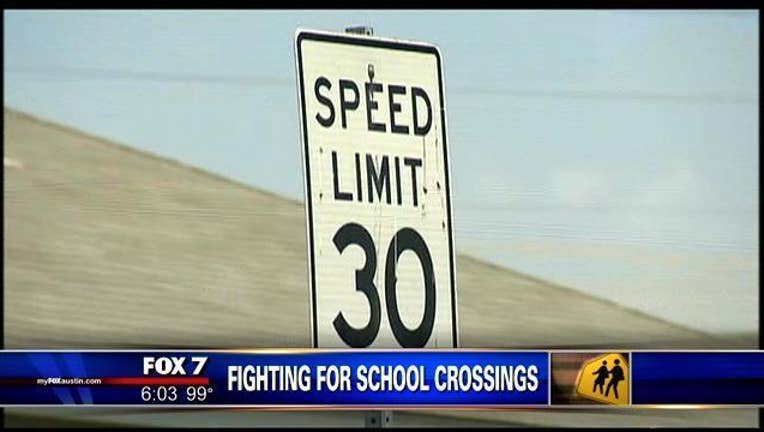 A Manor parent says he's afraid for his daughter's safety when she crosses the street to go to school. As the new school year approaches he says something needs to be done about a dangerous intersection in his neighborhood.

Drivers speeding down Briar Creek Loop is all the motivation Henry Martinez needs to take the issue to Travis County. His 9-year-old daughter attends Blake Manor Elementary just across the street. He says the county can make her walk much safer by placing school zone flashing lights or crosswalks on the road.

“There are none posted on this street at all. It doesn't say speed limit or school zone at all,” said Martinez.

Martinez took the issue to the county last November, they did respond but he says nothing has been done.

“They were here like a day monitoring speeds that was it,” said Martinez.

The concerned parent says the only warning sign is on the nearby road leading to the school but none on the actual street where children frequently cross.

“For the most part there's nothing I can do about it,” said Martinez.

Martinez says he has been trying for three years to get the county to make the changes but he feels like he receives false hope.

“I hope they do something soon,” said Martinez.

As the school year begins he hopes officials can urgently do something about what he feels puts his child in danger.

“You can stop over here and wait for a vehicle to show up, make eye contact with one person and there is another vehicle coming when you're not paying attention,” said Martinez.

Travis County's response to his email in November came from the traffic division and they stated they would be installing crosswalks, but that has yet to happen.