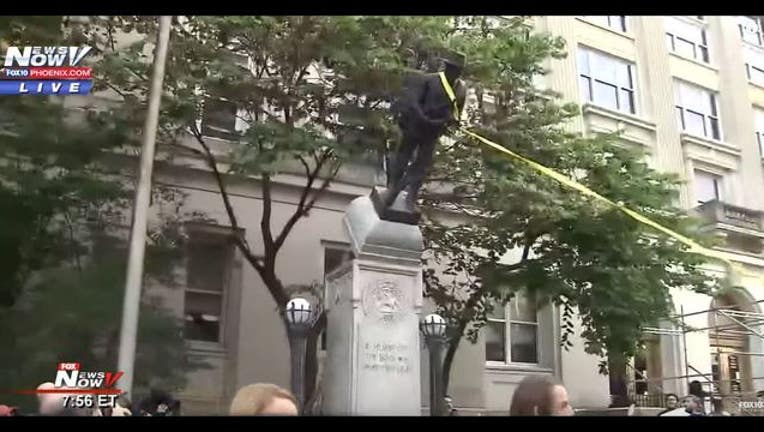 (FOX News) -- A crowd of protesters in Durham, N.C., tied a cord to a Confederate statue and toppled it to the ground Monday night to loud cheers, a symbolic response to the violence at the rally of white nationalists in Charlottesville, Va.

A man used a ladder to attach the cord to the statue -- which officers had coated with cooking spray to make it tougher to climb, WRAL reported.

“No KKK! No fascists! USA!” many protesters chanted as the statue came down.

The monument, dedicated in 1924, showed a Confederate soldier with “The Confederate States of America” engraved on the front, WNCN added.