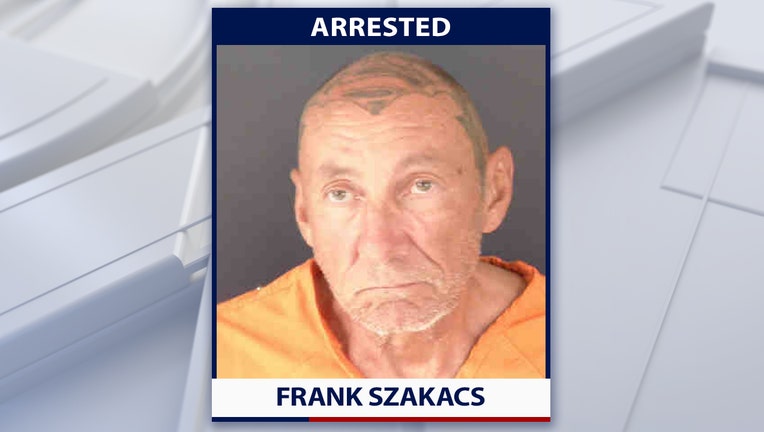 SARASOTA, Fla. - A convicted sex offender is accused of raping a non-verbal woman with autism in a Sarasota parking lot while her mother was inside a store, according to the Sarasota County Sheriff’s Office.

It happened in the 1800 block of Stickney Point Road around 7 p.m. on Tuesday.

The victim's mother told deputies she went inside a store while her 21-year-old daughter, who has developmental disabilities and the capacities of a six or seven-year-old child, waited in the passenger seat of the vehicle. When the mother exited the store 10 minutes later, she said she found the suspect, later identified as 61-year-old Frank Szakacs, inside her vehicle and on top of her daughter.

Detectives say a friend of Szakacs witnessed the incident and told them that he is a registered sex offender.

Szakacs was located in a wooded area near the parking lot where the incident occurred, taken into custody and charged with sexual assault and kidnapping.

Szakacs has ten prior arrests in Sarasota County for crimes including sex offender violation, battery, and DUI. He was originally convicted in 1996 of Gross Sexual Imposition in Cuyahoga, Ohio. He then failed to meet sex offender registration requirements in 2019 in Sarasota and was sentenced to three years in prison.

Szakacs has been in prison several times, including in 1987 for robbery and 2016 for his fourth or subsequent DUI conviction. In total, Szakacs has 29 prior charges and four convictions, according to SCSO.

The investigation is ongoing and additional charges are pending.