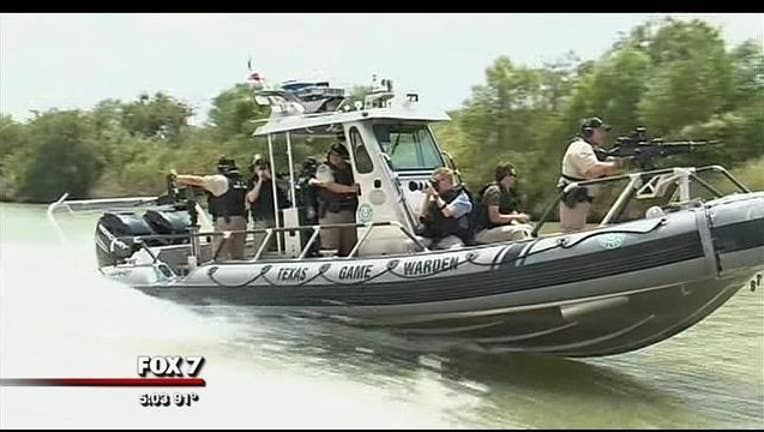 The Texas border surge started June 18. Since then a $5.8 million bill has been racked up. Members of a special house committee started looking into how to pay for the ongoing operation.

"And how do we know when we got to a number where you really don't need that additional personal," asked State Rep. Donna Howard (D) Austin.

The committee was told when the surge began, about 6,000 illegal border crossings a week were taking place. That number has currently dropped to 3,600 a week. DPS Director Steve McCraw warned success, for him, was the number zero; no more illegal crossings and no more cartel related crime.

"Is that really obtainable? Yeah its obtainable, there's absolutely, you can put enough resources between the ports of entry, in what I've said, the 27 ports of entry, to deter and in fact ensure you detect and interdict contraband people moving north across the Rio Grande River," said McCraw who went on to say the effort can be sustained as long as there is a will and resources.

On paper, according to McCraw, the surge is scheduled to end in January. He also suggested it could run longer or even be shorter with a little extra help from the federal government.

"If they put the proper amount of border patrol agents in the Rio Grande Valley and they surge on the river, there is no question we can stop the surge, it wouldn't be a need for it, anymore," said McCraw.

By late August up to 1,000 Texas National Guardsmen are expected to join the surge. Once deployed it's estimated this increase called a force multiplier will add $12 million a month to the cost.

Major General John Nichols said their primary role will be to fly helicopter missions. Others will sit in observation platforms, which are currently manned by state troopers. The guardsmen will be armed, but they general added they will also be trained to avoid deadly encounters.

"So we're having an intensive training plan with our folks to talk about situations they may be faced with and how they react and recover from them and recover sometimes means just move away, avoid the confrontations," said Major General Nichols.

The committee was told the guard has already spent $198,000 on 20 staff members to teach the mission training program. The rules of engagement will be simple; deter, detain and refer all undocumented immigrants to border patrol agents. The guard is preparing to stay for a year but could also be back home by Christmas.

One big question was not answered. How is the state going to pay for all this? The committee was told it's doubtful the federal government will reimburse Texas. So the funding may have to come from an expected budget surplus lawmakers are hoping to have when the session begins in January.